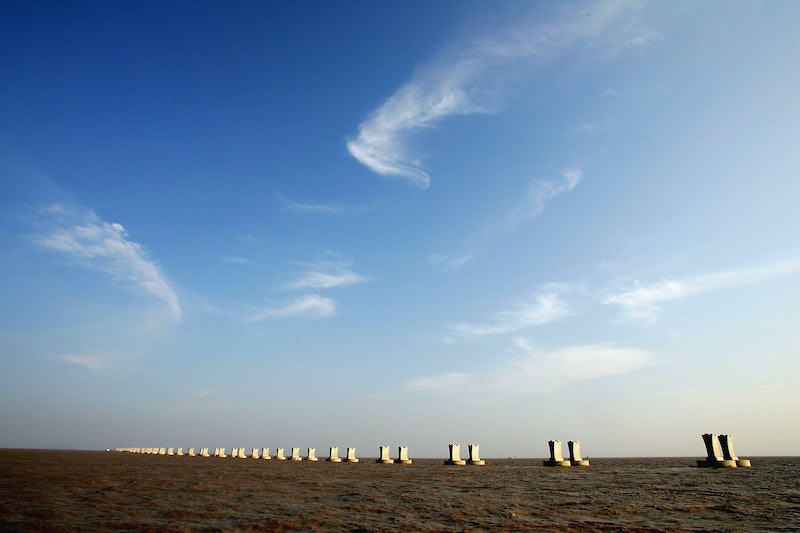 If you're the kind of person who's always turning one eye skyward, wondering what (if any) alien life might be "out there," then this news may come as a disappointment. But it's always better to know, right? In a roundup of their "best stories of 2014," the CIA tweeted a link to an illuminating 1998 report Wednesday, clearing some of the air about the oft-referenced prevalence of UFO sightings in the '50s and '60s — basically, the CIA was responsible for half the UFO sightings over that period, as a result of their testing of the U-2 spy plane, which cruised above the Earth at altitudes the everyday public didn't know were possible at the time.

This is enlightening, in a certain way, as it cuts against the commonly held definition of "UFO" — something an alien rides in — and redirects focus to the actual definition, an "unidentified flying object," whatever that may be. Of course, if you're deep into this sort of stuff, this may not dissuade you from suspecting extraterrestrial activity over our skies, with the CIA only taking the blame for the majority of the sightings in those decades, and, well, being the notoriously secretive intelligence agency that they are.

But the details of how they managed this growing perception are rather interesting — as testing of the U-2 went forward, it brought with it a spike in UFO reports lodged with the U.S. Air Force, a result of people (quite innocently) wondering "hey, what's that thing streaking high through the sky?" The confusion ultimately gave way to the Air Force's Project Blue Book, an effort to determine both if UFOs posed threats to national security, and obviously, if they were truly unknown, or a byproduct of natural occurrences. Project Blue Book has since been a focal point even in some popular culture — if you've ever watched the early 1990s TV classic Twin Peaks, you may have heard of it.

The project ran from 1952 until its suspension in 1970, all basically thanks to the surge in reports brought about by the U-2, which flying at three times the height (60,000 feet) that commercial airliners did in those days, was responsible for "more than one-half" of all sightings reported.

That isn't the only interesting information included in the report, titled "The CIA and the U-2 Program, 1954-1974" — there are also details about how the U-2 was used to provide aerial intelligence during the botched Bay of Pigs invasion of Cuba in 1961. But the UFO angle is undoubtedly the headline-grabber here, given our country's long fascination with unknowns lurking overhead.

Nowadays, of course, it's likely harder than ever to credibly claim you saw something unexplainable in the sky — with the advent of drones in particular, there's always a coherent (if unsettling nonetheless) explanation. Suffice to say, it probably isn't an alien cruising around up there. That would be altogether too cool, wouldn't it?