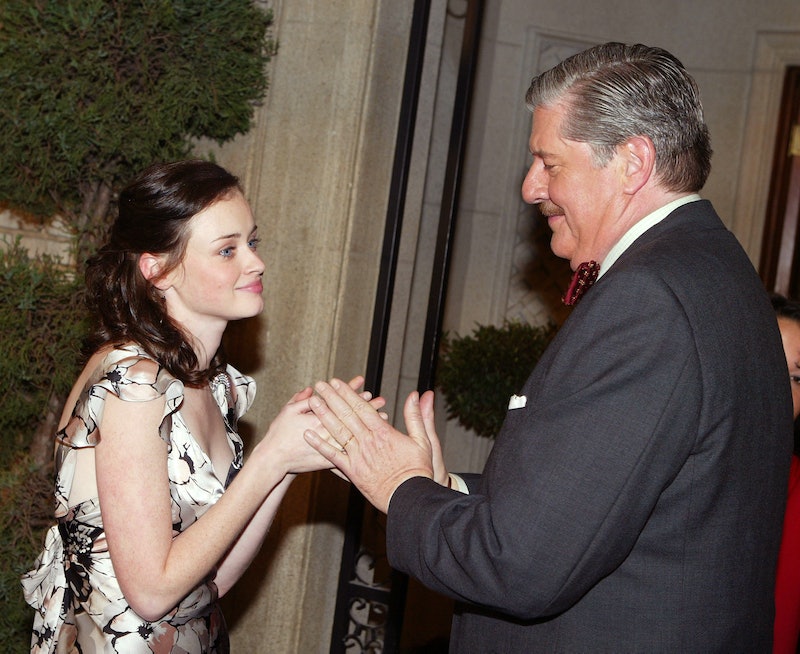 It’s always sad to learn the news of a celebrity passing, but certain deaths tend to affect us more personally than others. So is the case with the death of Edward Herrmann, who played Richard Gilmore, or more affectionately, Rory’s grandpa, on Gilmore Girls. To fans of the show, Herrmann, like the rest of the Gilmore family, became a part of our own families each week for a lengthy seven years of biting humor, unparalleled pop culture references, and unconventional but strong familial love. And undoubtedly, we are all going to miss him and his portrayal of the warm, yet adorably unaware, Richard.

Gilmore Girls went off the air in 2007, but has been recently revived on Netflix, enabling us to rehash the story lines and get reacquainted with the colorful characters that inhabit this alternate New England universe, with Richard being one of those animated people. Like all characters that come in and out of Stars Hollow, he was so much more than he was presumed to be, appearing as a stuffy, older “gentleman” of the upper class. He was sweet, stubborn, and funny and at times oddly progressive.

So, in honor of the multi-faceted Richard, here are some of his best moments that you can go ahead and fast forward to whilst you binge watch the series (because you know you will).

When the GPS struggle was real

When he was cute AF in his mechanic get up

When he sized up Dean

When he and Emily made our hearts swell <3

Rest in peace, Richard Herrmann. You'll always be Grandpa to me.