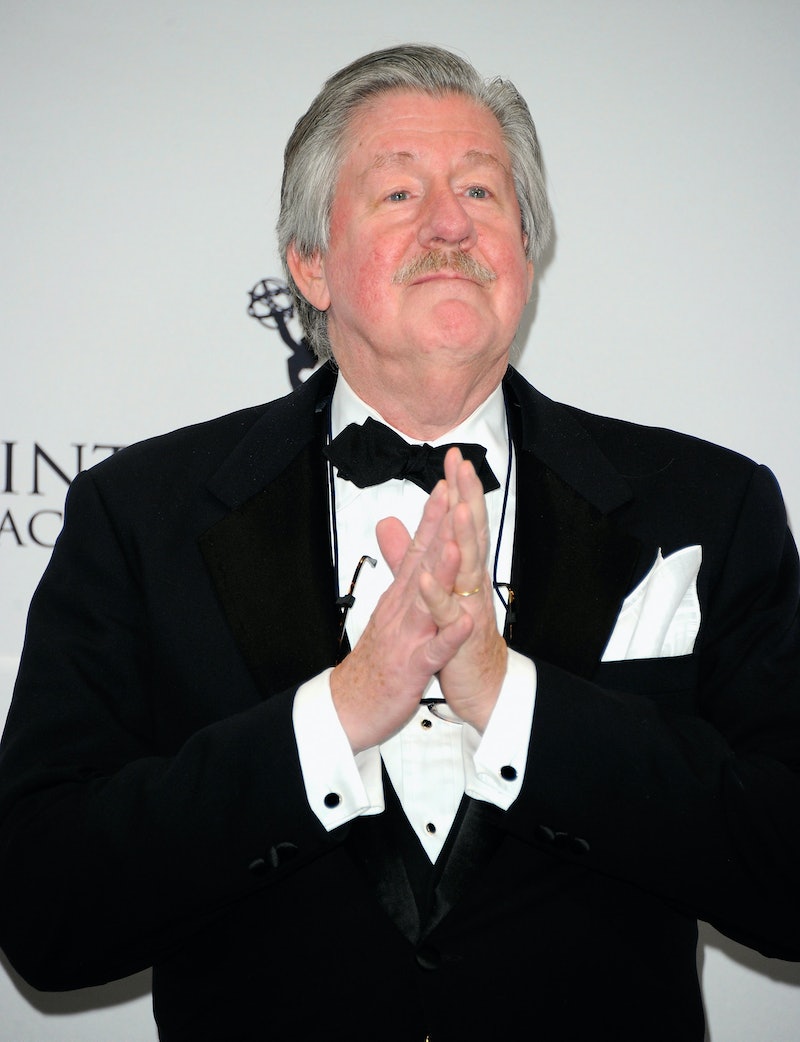 Sad, sad news to end 2014 with: Today, fans are left in shock and in mourning over news of the death of legendary star Edward Herrmann. The actor, who is remembered by many as the beloved patriarch of the Gilmore family, Richard Gilmore, in Gilmore Girls, passed away at the age of 71 early Wednesday morning in New York City after a long battle with brain cancer, his family confirmed. Herrmann had been in the ICU for about 3 and a half weeks prior to his death, TMZ reported, and had recently been taken off of a respirator at the request of his family.

Herrmann was the definition of a beloved, legendary actor. Though he may be best remembered from his work in Gilmore Girls, the fact is that his role as Richard Gilmore between 2000 and 2007 actually came quite later in his illustrious career — prior to that, he appeared in a number of other well-known, acclaimed projects: 1987's The Lost Boys, 1982's Annie, and 1976's Eleanor & Franklin (for which his portrayal of President Franklin D. Roosevelt nabbed an Emmy nomination), just to name a few. Herrmann had amazing range as an actor, and leaves behind a hugely significant line of work.

In honor of Herrmann on this sad day, here are just a few older, pre-Gilmore Girls images of him that manage to display that range impeccably:

And my personal favorite...

RIP, Edward Herrmann — you will truly be missed.