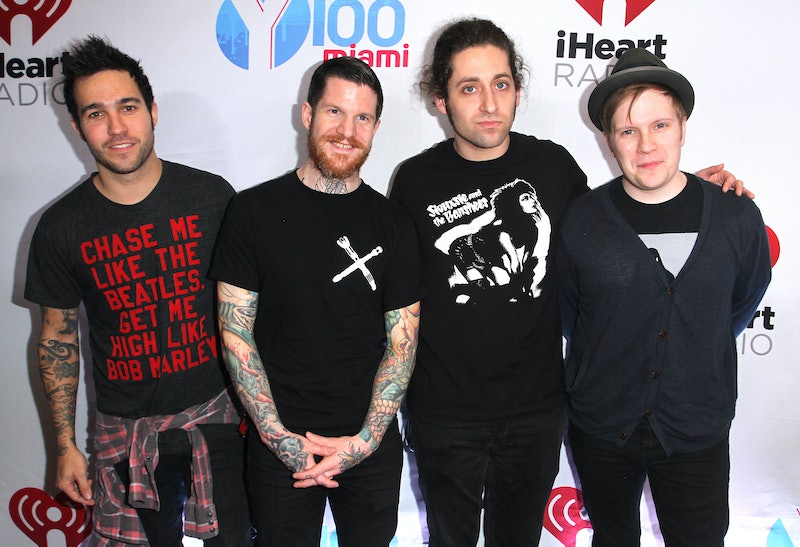 There's a lot of competition out there for NYE specials. For those of us not out at the bar, NYE specials are all we've got — unless you count Netflix, because Netflix has everything. Dick Clark's New Year's Rockin' Eve is the staple — it's been around forever, gets the best celebs, and has Ryan Seacrest. Anything with Ryan Seacrest as the host is obviously a big event. There's a new special on the block this year and it's doing all it can to compete with the big guys — but is falling short. Pitbull's New Year's Revolution took over the "Pineapple" (a.k.a. Miami) with Pitbull and LaLa Anthony, and their drunken hijinx are barely worth the watch. The Twittosphere is less than thrilled with the show, but is tuning in to watch Fifth Harmony and Fall Out Boy.

Fifth Harmony opened the show with an exciting performance of their hit "Sledgehammer." Now, I know absolutely nothing about Fifth Harmony, but they're pretty great judging from that performance — and their fans on Twitter were definitely excited about it. We have yet to see them again, though, and people are getting restless.

Fall Out Boy is the other band to watch this NYE in Miami. They've been around for what feels like forever, but they've had a pretty knock out year this year. They lit up the stage at Thompson Miami Beach, and left their fans begging for more.

The special has been separated into two segments — Part 1 from 8 - 10pm and Part 2 from 11pm - 12:30am. So all those out there begging for more, take a deep breath, get your champagne bottles ready, and don't give up on your man Pitbull just yet — your favorites will be performing again to help you ring in 2015.