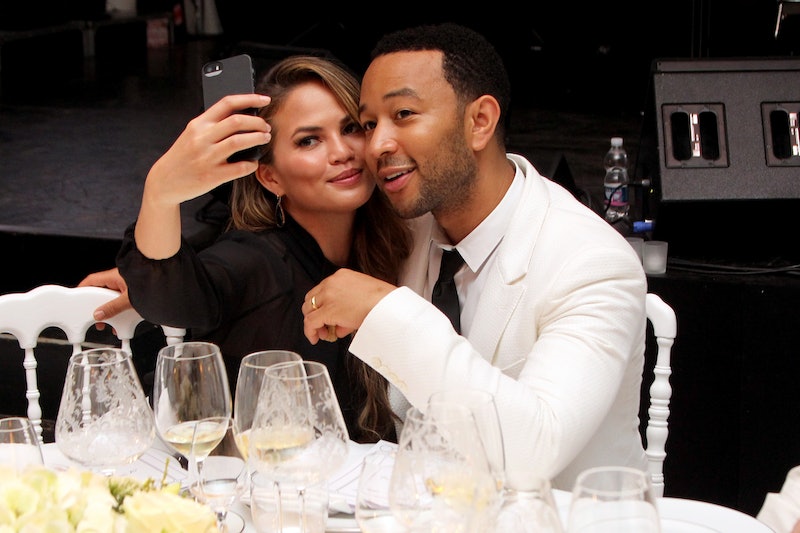 While Carson Daly seems to be hating life hosting his New Year's Eve special on NBC, model Chrissy Teigen knows how to party. She's definitely my kind of dame. The model, prolific tweeter, and wife to John Legend has hosting duties for the New Year's special along with Daly, Terry Crews from Brooklyn Nine Nine, and Ken Marino from Marry Me. And let's just say it has been interesting mix of personalities with Carson Daly coming across like that one friend who doesn't drink and just had a bad breakup so they're ruining everyone else's fun. Don't be that friend. Thankfully, Teigen has been drinking, laughing, and being just the right shade of ridiculous to pull off hosting this gig. When the conversation turned to the Butt Selfie (aka Belfie) things got interesting.

If you've just woken up from a coma and have missed out on pop culture in 2014, here's your update. This was the Year of the Butt. From Nicki Minaj in her Anaconda music video to Kim Kardashian trying to break the internet, every where you turned in 2014 you saw someone's butt. So, can you blame Teigen for wanting to get in on the action?

Chrissy Teigen took to contorting her body using her phone's camera to get just the perfect angle. I think we all know how hard it can be to pull off a good selfie. But I've never had to do it on live television like Teigen and I think she pulls it off.

What do you think? Did Chrissy Teigen pull off the belfie? Or should she leave it to tried and true belfie practitioners like Nicki Minaj? I personally have never taken a belfie. If you look through my Instagram you'll mostly see pictures of my cat and food, that's just how I roll. But I can appreciate a good belfie when I see one.