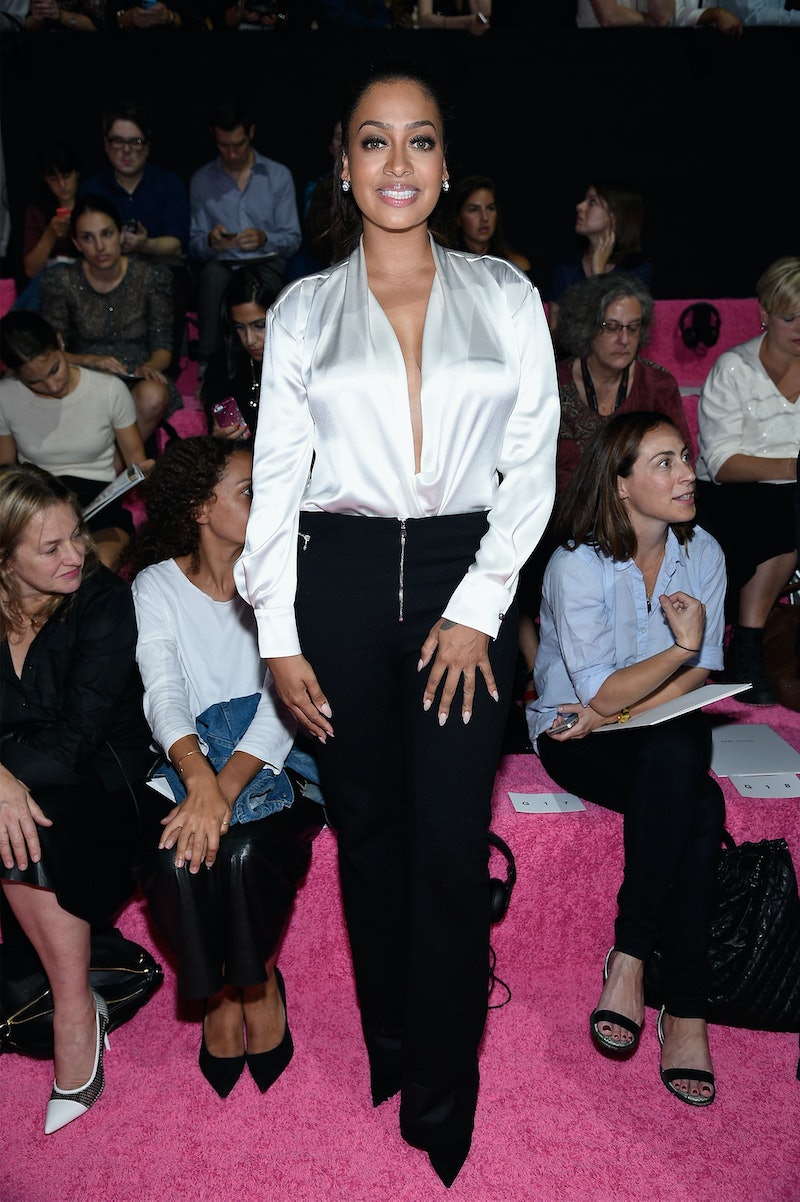 The Fox NYE Special is supposed to be hosted by Pitbull, but we've seen very little of Mr. Worldwide. His cohost LaLa Anthony seemed to take over the show, and we're not complaining. She's a bit more relevant than Pitbull, — barely, but still — and since she's not doubling as a performer tonight, she has a lot more energy to focus on the show. LaLa has led almost every segment of the show — from the strange "Best Hangover Cure" investigation (Zumba is apparently the winner), to the uncomfortable "Dance for a Date" competition. The segments have been far from great, but she's tried to save them by interacting with the crowd and trying to pump up the audience. The big star of the show tonight, though, is LaLa's style — but we can't help but notice that her style seems to be influenced by another reality star.

LaLa is rocking a sexy, skin-tight black dress with a deep-plunging V-neckline AND high leg slit. There's no doubt the host was inspired by her friend, Kim Kardashian, when picking out this dress. Kardashian's style is extremely sexy and daring, and perfect for an occasion like New Year's Eve in Miami. She has stunned both on the carpet and on the streets in curve-hugging black dresses sporting low necklines, high slits, or both. Anthony's dress is all of this into one. Even her hair — a tight, slicked back ponytail — screams Kim K to me, but that could just be because I'm obsessing over the fact at this point. At least I'm not the only one who thinks so, the people of Twitter agree.

We rarely ever see LaLa hosting shows of this scale, so it's great to see her confidence shine through in her wardrobe. She's definitely showing off her assets — I've been anxiously awaiting a wardrobe malfunction all night — but she's rocking it and that's all that matters. If the New Year's Revolution makes a return for New Year's 2016, I'd love to see her come back to host. Pitbull — not so much.