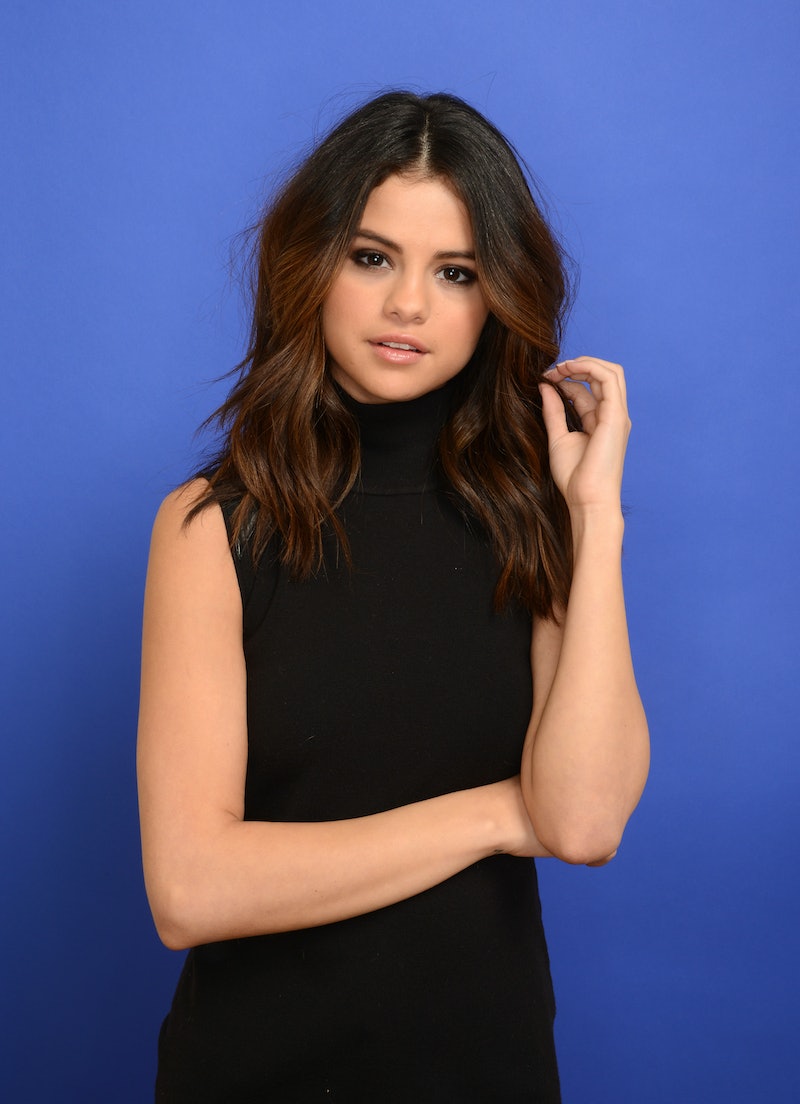 Selena Gomez and the girls — that'd be models Gigi Hadid and Kendall Jenner, among others — took off for the United Arab Emirates to celebrate the New Year. The trip is not without its controversy. This drama has nothing to do with the singer and actress being away from her on-off ex Justin Bieber. It's actually way, way more serious. Selena Gomez showed skin while visiting a mosque. She and friends also laughed and smiled, while dressed in headscarves and black cloaks, in a photo and their actions are causing quite an uproar since her flash of skin, even though it was her ankle, her pose, and her behavior in the shared photos were deemed sexy, which is considered an affront and disrespectful.

Gomez has been criticized for cultural appropriation in the past. She wore a bindi and Indian garb while promoting her last album, so I'm surprised that she hasn't learned her lesson in regard to cultural sensitivity.

Here's what happened that's caused fresh controversy. Gomez, Hadid, Hadid's pop singer BF Cody Simpson, and actress Shay Mitchell visited Abu Dhabi's Sheikh Zayed Grand Mosque. While it's cool and impressive that they were opening themselves up to another religion and its culture, they clearly didn't consult the rule book on how to act appropriately.

TMZ reports that people at the mosque had a problem with the exposed ankle and the suggestiveness of Gomez's pose. That would seem to be a common sense no-no; this wasn't a red carpet step-and-repeat nor was it a mad dash out of Starbucks to avoid the glare of the paparazzi flashbulbs. This was a deliberate visit.

But the showing of skin wasn't all that Gomez and co. did that isn't sitting well. They were laughing and smiling in the photos they posted, which is also discouraged, as it is considered a sign of disrespect. The group photo is still live on Gomez's IG feed and is posted below.

To put it in perspective, I once visited the church of a cloistered order of nuns and monks while on a day off during a work trip for a weekend music festival in Alabama. A friend/colleague and I had some downtime so we decided to explore. We learned about this order after being tipped off by a local at a gas station and we decided to spend time there, as did so many other tourists. It was August, so we were wearing summery clothes with our bare arms exposed and we didn't know our destination... or we'd have dressed for the occasion. Upon arrival, we learned we were not allowed to enter the church without wearing a sheath that covered the flesh of our arms. We gladly wrapped ourselves in the provided sheaths to comply with their request. When in Rome or wherever... do as you are asked.

It's worth noting that Sel Go isn't the only pop star to visit the mosque and create a bit of an issue. Rihanna also visited and she took photos, prompting the powers-that-be to ask her to leave.

Let's hope Gomez and her crew learn a lesson from the controversy surrounding their actions. When visiting a religious location, follow the rules. It's simple as that.