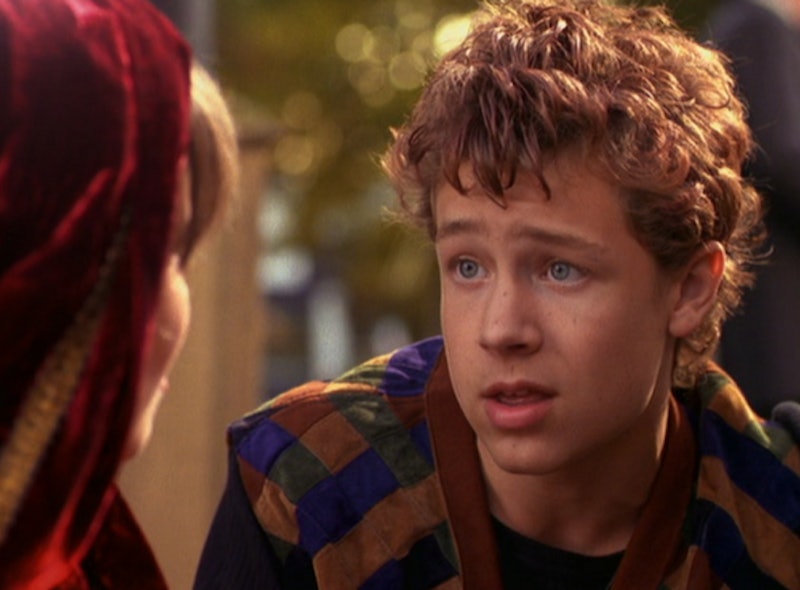 There is nothing better than when Disney airs Disney Channel Original movies, and I don’t mean Camp Rock (sorry, children). I mean the good ones like Brink, Johnny Tsunami, Zenon, and of course, Halloweentown. Once I started thinking about my love for Disney original movies, I had to know: whatever happened to Luke from Halloweentown , the pseudo-villain who teams up with Marnie in the first two movies? Well, I spoke to Phillip Van Dyke about his post-Disney life and it turns out, he's doing fantastic — even though he is no longer in the acting world.

After Van Dyke left the Halloweentown franchise — and who could blame him, Halloweentown High was a hot mess — he went on to do some guest starring roles on shows like NYPD Blue, Boston Public, Without a Trace, and The Amanda Show, plus he was even one of the voices of Arnold on Hey Arnold. However, his most important role came in 2003 when he had a one-episode stint on Gilmore Girls. In case you forgot, let me remind you that Van Dyke was on the best episode of Gilmore Girls, playing Young Christopher in the flashback episode, "Dear Emily and Richard," where Lorelai gives birth to Rory. However, these few roles in 2003 would be his last.

Luckily, I was able to track him down and chat with him about what he’s been up to in the last 11 years, and I am happy to report that he would definitely consider returning for a Halloweentown reunion if it was ever an option. "Just for the fun of it, and also to take my kids along and show them what it's like working on a movie or television show," he tells me. Here's what Van Dyke's been up to since his acting days ended.

"I met my wife Jennifer through mutual friends when I was about 15 years old," he says. "We talked and were friends for a year or so, but then we fell out of touch because I was in a relationship with another girl for the next few years. That relationship ended when I was about 19, and being newly single I got back in touch with Jennifer and we have been together ever since. We will be celebrating 11 years together in just a few months, and just celebrated our five-year wedding anniversary on Dec. 28."

“I run a sales floor for a financial services company. We help investors from all around the world buy and sell stocks, currencies and commodities," Van Dyke explains. "I manage the whole sales floor, but I also take appointments and deal directly with larger clients who are investing significant sums of money."

"I have two children: my daughter Paris who is 12 years old, and my son Flynn who is 3," he says, and explains that just like us, they're familiar with his classic roles. "Paris has seen Halloweentown and is familiar with Hey Arnold and different things I have done. I was still involved with acting when she was very young, so she has some memory of it. Flynn has also watched Halloweentown and he thinks it's funny to see me on TV, but he doesn't really 'get it' yet."

All About the Wine

“I'm also very into eating. I love going out to new restaurants, and trying different foods and drinks. I joined a wine club recently, where every month they hold a gathering and you get to sample about a dozen different wines and foods paired with it," he says of some of his hobbies.

“I've been rock climbing for about a decade, and love going to places like Yosemite and Joshua Tree. I don't get to do it as much as I would like, but I do my best to get outside when I can,” he tells me of another very different hobby.

What Could Have Been

"When I was younger, I always liked Even Stevens, that seemed like it would have been fun show to work on with a likable cast," he says, looking back on his acting career. "I definitely wouldn't have minded working alongside Miley Cyrus either!" I think it's safe to say that for the many fans of Halloweentown who still look forward to watching the movie every year, there was no role better for Van Dyke than Luke, though his Gilmore Girls appearance is definitely a close second.