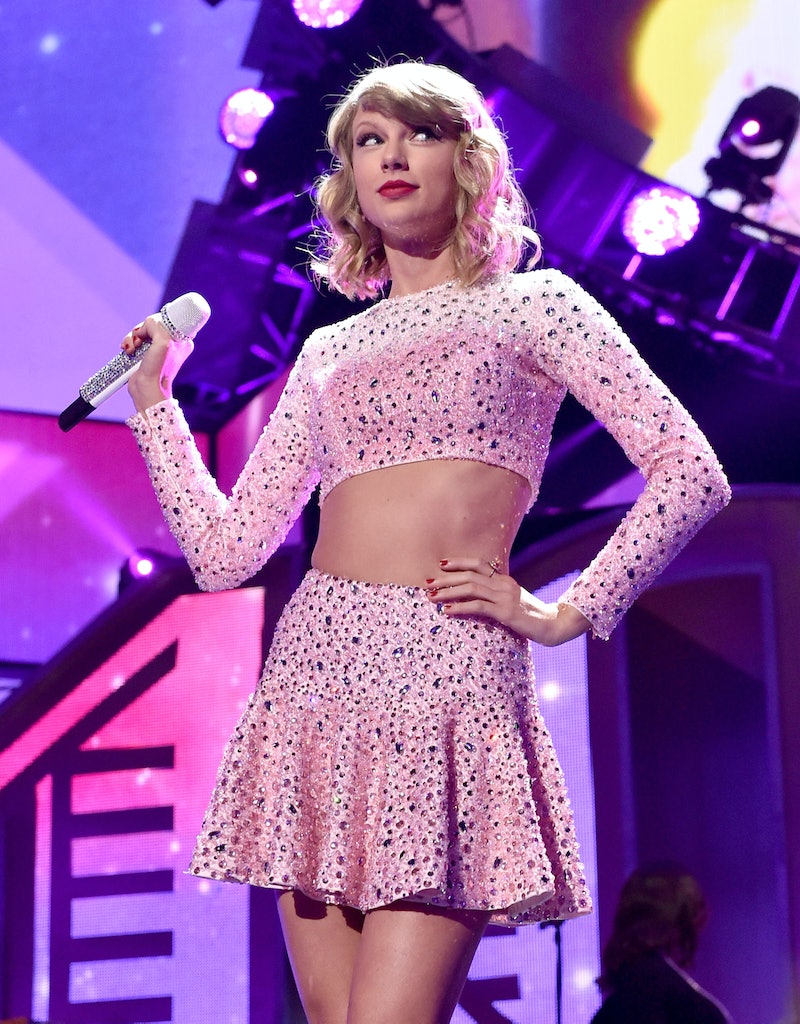 At the end of every year, the cover musicians of the internet take to YouTube to post their versions of the biggest songs from the past 12 months. Some are mediocre, others are pretty great, and Andrew Huang's covers the music of 2014 using household items as backing instruments. Wait, what?The Toronto-based musician released the video just in time for the New Year, in which he covers six of the biggest hits from 2014, including Pharrell's "Happy" and Taylor Swift's "Shake It Off," using a bag of kale, some forks, and a bunch of other stuff he found laying around his friend's house. It sounds like a pretty unique way to make music, but he's actually done this kind of thing before. Huang hosts regular Song Challenges on his YouTube channel, in which he accepts music-related dares from subscribers. It's led him to make all kinds of videos, from playing "99 Red Balloons" on red balloons to a one-vowel rap, although my personal favorite is when he played Breaking Bad's theme using meth lab equipment. His channel is a refreshing change of pace from the thousands of other cover musicians on YouTube, so check it out if you have the chance!To see how he managed to make a trash can sound like percussion, watch the video below:

More like this
Joe Alwyn Reacts To Taylor Swift Earning An NYU Doctorate In A Rare Interview
By Jake Viswanath and Nicole Pomarico
Harry Styles Addresses The Theory That His New Song "Daylight" Is About Taylor Swift
By Jake Viswanath
The Very Best Quotes From Dr. Taylor Swift’s NYU Graduation Speech
By Grace Wehniainen
On TikTok, Miley Cyrus’ “Malibu” Is The Soundtrack Of Growth
By Courtney Young
Get Even More From Bustle — Sign Up For The Newsletter