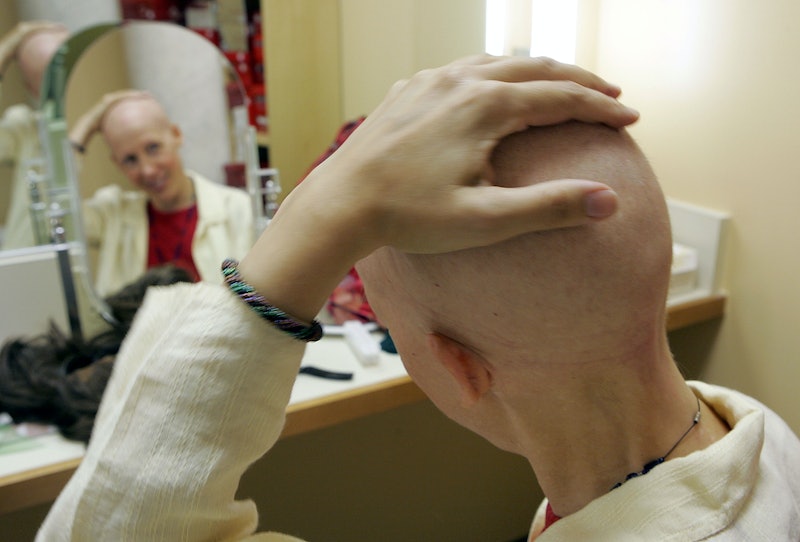 Dr. Richard Smith, a doctor who specializes in cancer, says that he thinks it is the best way to die. At some point, each of us has likely been touched by cancer. Whether it affected you or a loved one, whether the gene for it hovers in your family tree or hit a friend out of nowhere, at some point in our lives, most of us has come to justifiably associate the aggressive illness with grief and despair. Which isn't exactly shocking when you consider that cancer kills 576,691 people per year, and is the second leading cause of death in adults worldwide. That is why the unlikely opinion of this one man is making quite a stir. In addition to saying that cancer isn't the worst way to go, he claims that we should “stop wasting billions of dollars trying to cure it.”

"You can say goodbye, reflect on your life, leave last messages, perhaps visit special places for a last time, listen to favourite pieces of music, read loved poems, and prepare, according to your beliefs, to meet your maker or enjoy eternal oblivion ... This is, I recognise, a romantic view of dying, but it is achievable with love, morphine, and whisky. But stay away from overambitious oncologists, and let’s stop wasting billions trying to cure cancer, potentially leaving us to die a much more horrible death."

He goes on to say that he ultimately isn’t thinking just of the patient, but the family members involved. Although I feel like most of us would prefer a quick death to a long, dragged-out one if given the choice, Smith argues that sudden deaths don't give relatives time to properly grieve or adjust to the idea of losing a loved one.

It's an interesting perspective coming from someone who has expert knowledge on the subject; Smith is presently the chair of two major medical companies, and has spent six years as a television doctor, seeing patients suffer from a broad range of illnesses, including dementia, Alzheimer's, and organ failure. While most of us are probably not in any hurry to agree with him, it is a strange notion to consider from someone who has probably seen much more of the reality of the disease than most people have.

That being said, calling cancer a "better" way to die isn't grounds for halting the tremendous progress being made toward curing it. I am among the people who firm believe that this disease can be cured in our lifetime, when even now life expectancies for cancer patients are rapidly improving. While his is an optimistic opinion that those who are terminally affected by the disease might take comfort in, there might someday come a generation of humans who don't have to worry about the disease at all—and although we may be far from that day, we are also far from giving up on the fight.