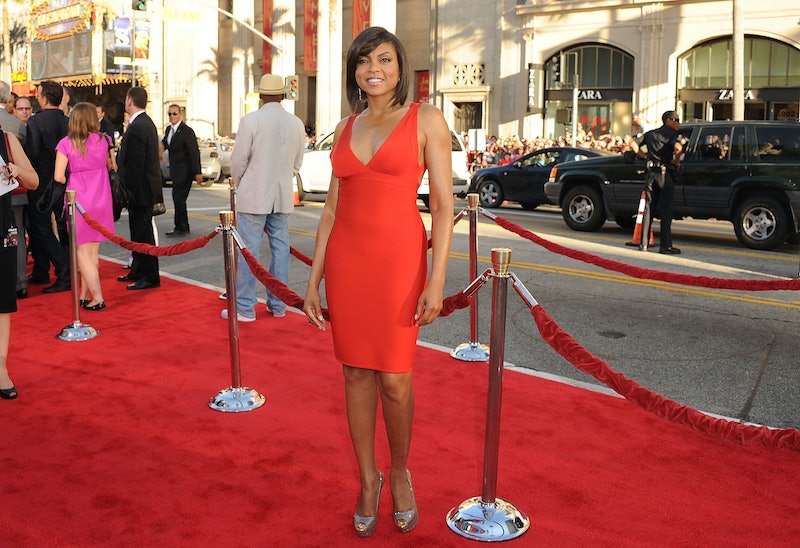 You know those knockoff Herve Leger bandage dresses that every single teenage girl and twenty-something woman has hanging in her closet? They come from Express or Wet Seal and are so tight it feels like the fabric is crushing your ribcage? Yeah, one of those red bandage dresses saved a woman's life.

According to The Telegraph, 21-year-old Zoe Turner had been on her way home from a Christmas party at her mother's place of work when a cement mixer hit her cab, severely injuring herself, the driver, and her three friends who were seated in the back. Luckily, Turner happened to be wearing a $66 red bodycon dress from Missguided that hugged her curves so tightly it prevented her bones from piercing her internal organs.

"I couldn't believe my dress saved my life. That's the best [$66] I've ever spent," Turner told The Telegraph. "The doctors told me that if I hadn't worn such a tight dress which held in place my bones as the car impacted, I would have most definitely punctured vital organs as my bones went out of place." I will never, ever knock the bandage dress again. Okay, that's a lie. But I now have begrudging respect for those hellishly stiff columns of Spandex. Bodycon dresses — they're not just for spilling beer on yourself at frat parties. They also save lives.

As far as bandage dresses go, this one isn't half bad. Which is great news, because Zoe Turner and I will probably be incorporating it into many ensembles from now on. Talk about a Christmas miracle.