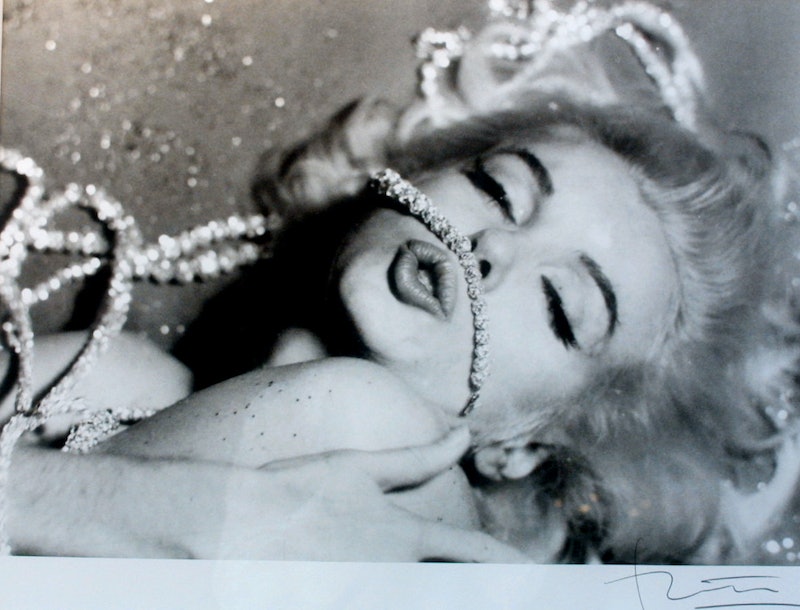 I’m not really much one for New Year’s Resolutions, but I kind of dig this little tidbit, anyway: Lists of Note recently unearthed a page from an old address book detailing Marilyn Monroe’s New Year’s Resolutions circa 1955. 60 years may have passed between then and now — but you know what? They’re all definitely still relevant. I’ve no doubt they’ll continue to be relevant, as well, even after another 60 years, and another 60 years beyond that, and on and on until the end of time. It’s true what they say: Some things never go out of style.

The resolutions are handwritten, making them almost impossible to read; happily, though, Lists of Note took the time to decode them and provide us with a transcript. A lot of them are specifically acting-based (things I still find interesting — once a theatre person, always a theatre person); although Marilyn had already completed Gentlemen Prefer Blondes and The Seven Year Itch, she still struggled with the desire to be lauded more for her talent than for her looks. She had recently been accepted to the Actors Studio to study with Lee Strasberg, and a lot of the resolutions reflect her dedication to honing her craft: “Take care of my instrument,” “try to find someone to take dancing from,” “never miss Actors Studio sessions,” and so on.

A few of them, though, move beyond acting and showbiz and into the realm of working on herself as a person. Items like “Go to class — my own always — without fail” and “be there always on time — no excuses for being ever late” speak to mitigating tendencies towards sloth and punctuality”; “If possible — take at least one class at university — in literature” suggests she wants to keep sharpening her mind; and “Must make strong effort to work on current problems and phobias that out of my past has arisen — making much much much more more more more more effort in my analisis [sic]” applies not only to the Method, but also to battling her own personal demons.

My two favorites, though, are these:

We could all benefit from observing more — both the people and the world around us and us ourselves — and enjoying ourselves when we can. We only have so much time on this planet, after all. We’ve got to make the most of it — and the best ways to do so are to pay attention, and to be kind to everyone and to ourselves.

While I kind of understand the appeal of making a resolution or two — new year, new you, and all that — for some reason, drawing up list of Very Official New Year’s Resolutions has always felt slightly hollow to me; I think it’s interesting, though, that the first thing Marilyn opens with is “Must make effort to do.” Maybe resolutions are less about getting a specific thing accomplished and more about inspiring the overall “effort to do” — to supercharge yourself in as many areas of your life as possible, to take action rather than remaining passive, to do what’s right rather than what’s easy. Food for thought, no?

Head on over to Lists of Note to see the whole list, along with the actual address book page itself.