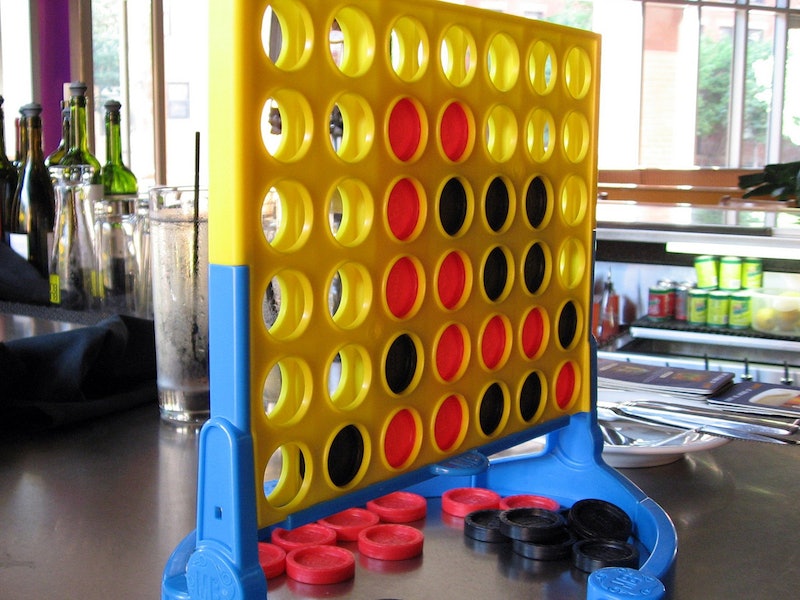 Never having used Tinder myself, my general impression of the dating/hookup app varies dramatically based on whatever crazy new viral story pops up on my news feed each day. Today, though, I’m inclined to look kindly on it, and it’s all due to one guy: He’s found a way to play Connect Four on Tinder, with the rules stating that the loser has to give the winner his or her phone number. The best part? It actually works. Or at least, that’s what these screenshots of a whole bunch of Tinder conversations have led me to believe. Awesome? Awesome.

The images seen here made their first appearance on Reddit roughly a week and a half ago. Sometimes the viral train is a little late to get going, though; as such, it’s only been picked up by the media, including BuzzFeed and Elite Daily, within the past couple of days. But now that it’s gotten noticed, it’s spreading like proverbial wildfire — and with good reason. It’s quite possibly the best (and, it should be said, least creepy) Tinder strategy most of us have ever seen.

Could they be Photoshopped? Of course. But I’m going to choose to believe that they’re not, because I find the whole idea so delightful that the alternative is unthinkable. The Imgur album posted to Reddit’s r/Tinder sub starts with a simple exchange between our digital Casanova and a Tinder user named Bridgette; Bridgette, happily, is quite quick on the uptake, immediately identifying the emoji version of the game on sight:

Even though Connect Four is “her game,” though, it appears that we have a champion on our hands the likes of which has never been seen in online dating before:

Aaaaaand that’s when he lands the final move:

I believe the word we’re looking for is, “Score!”

Not only that, but it’s worked multiple times. Our unnamed Connect Four master also managed to win the phone numbers of this gal:

In a pinch, even Tic Tac Toe will do:

…Although the rules seem to state that no matter what the circumstances of the end game are, a phone number gets exchanged:

According to BuzzFeed, the genius who came up with this strategy is named Austin; alas, he’s only 18 years old, so even if I were playing the field right now, he’d be a little young for me. Ah well. More for those of you who are in the right age range, though, right?

Check out the whole album below:

More like this
TikTok’s “Miley Stewart Summer” Trend Will Make You So Nostalgic
By Courtney Young
TikToker Kate Glavan Has The Antidote To The “Hot Girl Walk”
By Alexis Morillo
Remember These Ancient Pieces Of '90s Tech?
By Lucia Peters and Emma Carey
11 Trends From The ‘90s That Made You Feel So Cool
By Julie Sprankles
Get Even More From Bustle — Sign Up For The Newsletter