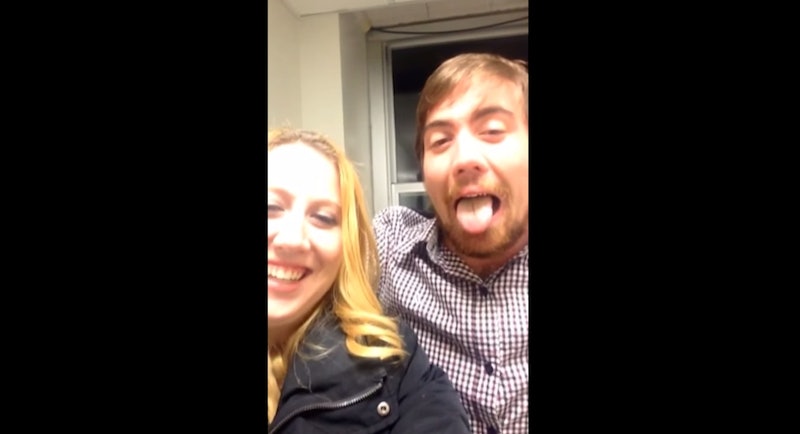 Jillian Haker has been tricking her brother all year long, and it's hilarious and adorable and makes me wonder what their family portraits must have been like as kids, because you know Haker was probably a big fan of the secret bunny ears. Raising her phone as though she's taking a SnapChat (while, in reality, has set her phone to record a video), Haker leads her eager sibling into thinking he has to pose for a photo. Until he realizes his selfie face is actually being recorded, and he looks pretty silly. Oh, the embarrassment! This happens over and over and over again, so I guess Haker's brother's gullibility levels must be pretty high. It's okay, dude. It happens to the best of us.

Watch this video, and experience this poor guy getting punk'd again and again. While a few of the recordings just show the two of them, it looks like Haker had no mercy when they were out and about partying together, including friends in on the joke. He fell for it every glorious time though, elaborately posing for several seconds until realizing the picture is definitely not being taken. "AWWW it's a video?!" he exclaims. Every. Single. Time.