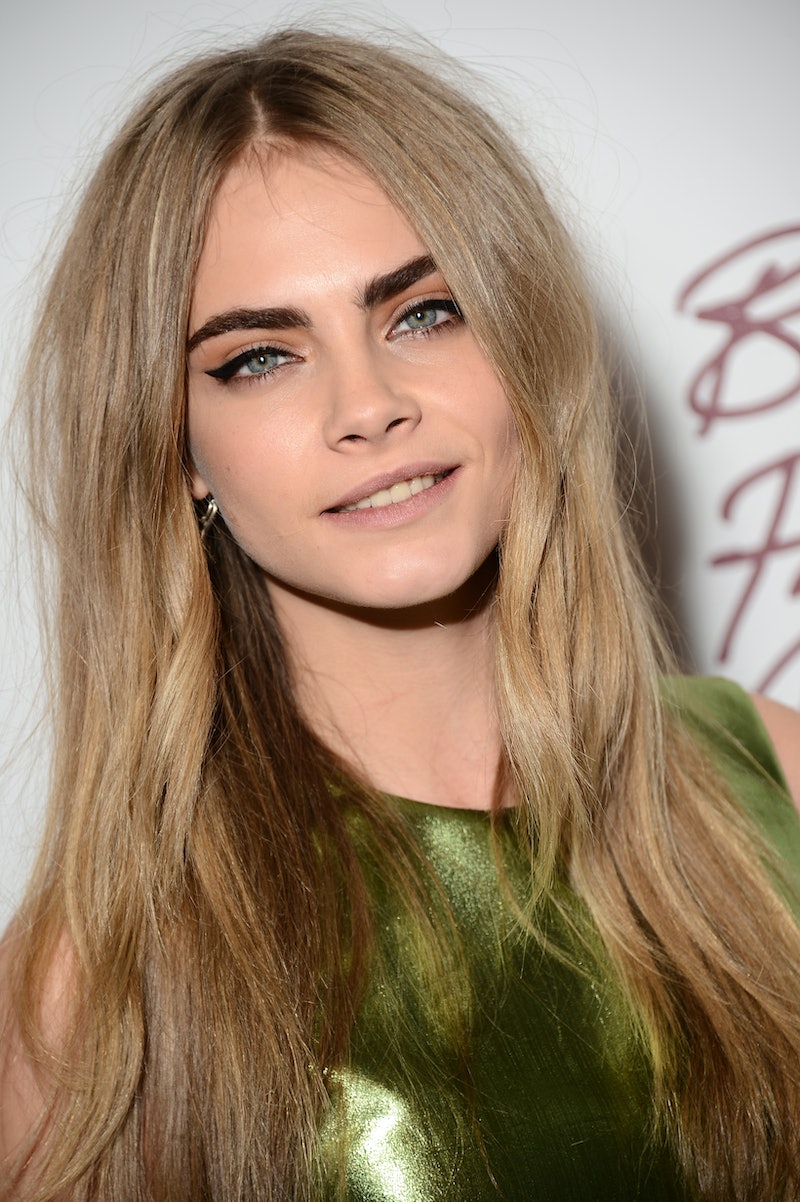 Even though 2014 was clearly the year of Cara Delevingne, it doesn't look like she's going to be so lucky in 2015 — at least if this list has anything to say about it. The Washington Post's 2015 In/Out list has been released, and though we'll expectedly have new go-to phrases (peace out, "yasss") and foreign countries to visit (hello, Uruguay) it does have some surprising predictions when it comes to fashion.

The most surprising trend for the new year has to be the fall of Cara and the rise of Kylie — speaking in terms of beauty, of course. The Post predicts Cara's eyebrows are out and Kylie Jenner's lips are in for 2015. So, um, stock up on that lipliner, and prepare to look like your lips have permanent swelling from a bee sting or something. Rad?

As for the other fashion forecasts — those favorite sneakers you love that became stylish last year? Out. Dig up your flats because classy is in and comfy is out. Gucci? Nah. 2015 is all about Mansur Gavriel, so think backpacks and bucket bags. Say so long to Jeremy Scott's conceptual whimsy and wave hello to Iris van Herpen's innovative craftsmanship.