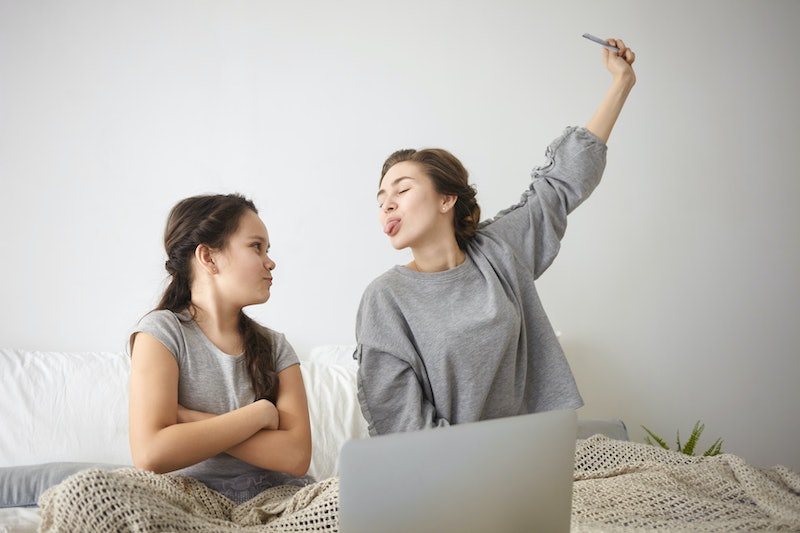 When you're a parent, sometimes you end up finding strange ways to amuse yourself, which has only gotten more apparent now that we can film it and put videos online for the world to see. Take this couple for instance, who (presumably) got bored while driving their kids around and decided to film themselves lip-syncing their children's argument. The results are unsurprisingly adorable, and a great lesson on how we should all argue: pointlessly, and preferably with lots of breaks for giggling.The impassioned debate centers around the color of a hypothetical cat... I think, judging from the seemingly infinite repetitions of the word "orange." The other kid might be in favor of a "black kitty," but despite him saying it at least nine times, which is how far I counted before I got distracted trying to figure out who was driving the car, I'm not quite sure. Their overall debate techniques could use a little work, but I'm telling you, the child in favor of orange cats really has potential. But that's not the point! What we should take away from this is that if adults argued like kids, there would probably be a lot less depressing stuff to report, and significantly more nonsensical discussions of pet color choices. Also, think of how much more fun political debates would be to watch!Check out the video below:

More like this
TikTok's Favorite Bartender Thinks Mimosas & Bloody Marys Are Out For Brunch
By Alexis Morillo
TikTok Is Using A Kendrick Lamar Song To Post Thirst Traps
By Courtney Young
What Does “Gatekeeping” Mean On TikTok? The Viral Term, Explained.
By Courtney Young
TikToker Kate Glavan Has The Antidote To The “Hot Girl Walk”
By Alexis Morillo
Get Even More From Bustle — Sign Up For The Newsletter