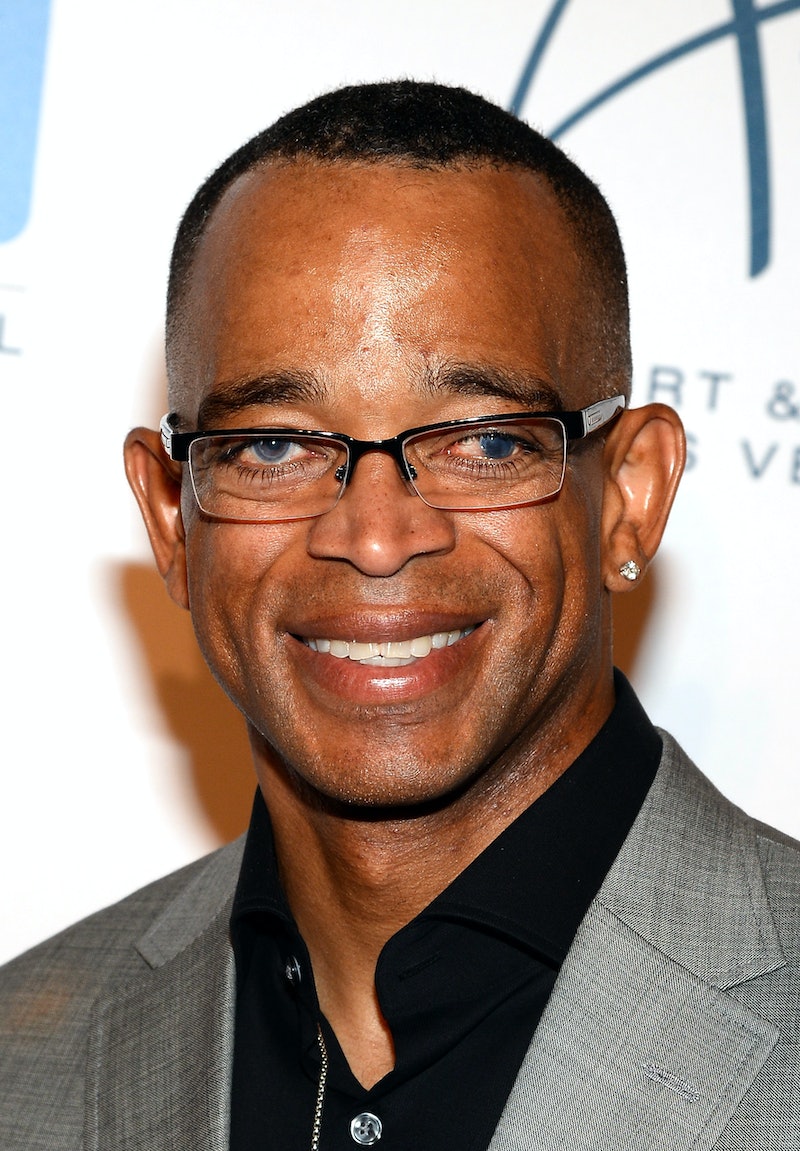 Sad news from the sports world: After a long battle with cancer, longtime ESPN anchor Stuart Scott died Sunday morning at 49 years old. His career with the network spanned over 20 years, and in those years he left an indelible mark on sports journalism with his witty, unique catchphrases, not to mention his many other contributions to ESPN and sports journalism. It wasn't just because he was good at his job, either — he brought a new perspective on sports coverage to Sports Center, and through that he was able to open up a new, younger African-American demographic that hadn't been reached before. For many, Scott was an inspiration.

Unsurprisingly, Scott's untimely passing has saddened his fans, co-workers, and fellow members of the media. After the news broke, many of them turned to Twitter to express their grief and their condolences. It didn't take long for Scott to become the number one trending topic in the country as thousands of people began to participate in a conversation about his life and his accomplishments. If these early reactions are any indication, Scott may be gone, but his impact on sports and his memory will be felt for years to come.

More like this
Celebrities & President Biden Are Enraged By The Leaked Roe v. Wade Decision
By Alyssa Lapid
Jake Daniels Just Became The UK’s First Active Football Player To Come Out As Gay Since 1990
By Sam Ramsden
What Is Jeanie Buss' Net Worth? The Lakers President Is Uber Rich
By Hugh McIntyre
The 20 Most-Followed Celebs On Instagram
By Ananya Panchal
Get Even More From Bustle — Sign Up For The Newsletter