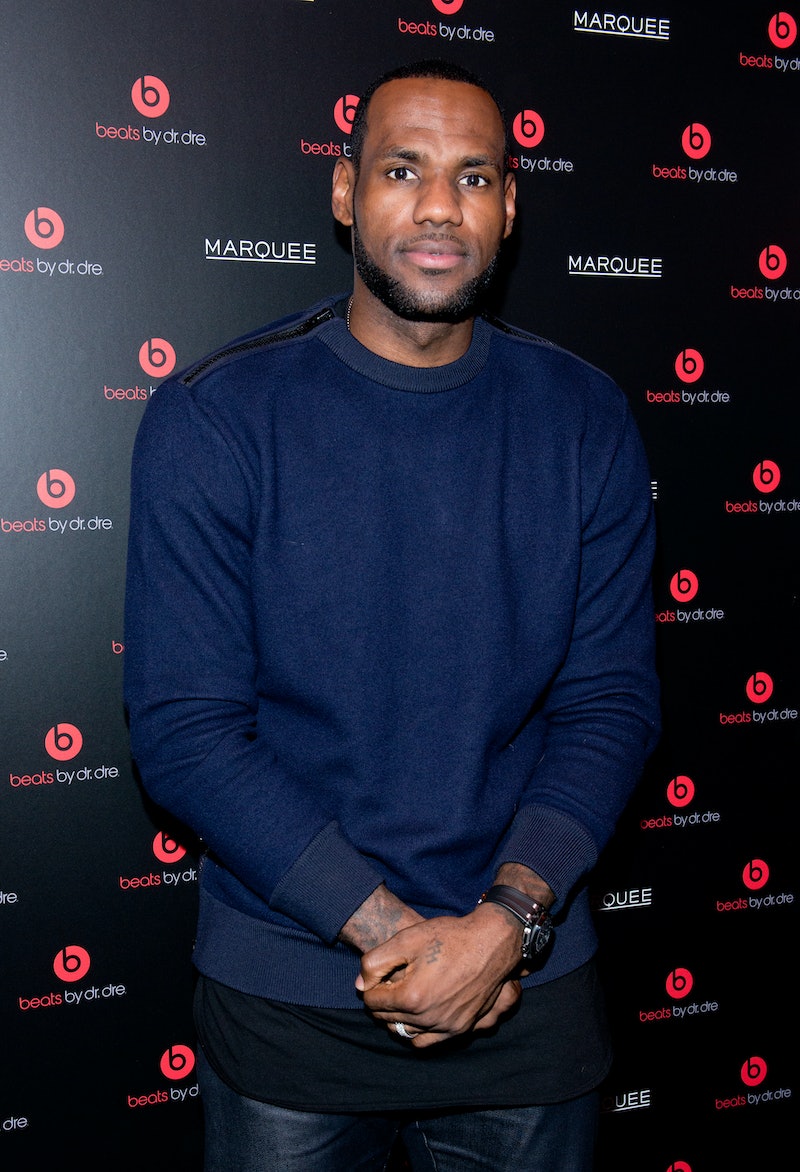 On Sunday morning, the news of ESPN anchor Stuart Scott’s passing resulted in an outpouring of love and condolences from many of his friends, colleagues and supporters. Sadly, the 49-year-old died after a long and public battle with cancer. For those who have developed an affection for Scott while witnessing his career advance over the years, this news is understandably still a bit difficult to grasp. Although bittersweet, it's hard not to be touched by the many people acknowledging the impact Scott had on their lives, including LeBron James, who paid tribute to Scott on Instagram by posting a photo of himself with the beloved sports anchor.

In addition to expressing gratitude for Scott's cultural significance to the African-American community, James also shared his outlook on the anchor's impact on athletes. A portion of the Instagram caption reads, "It was always a breath of fresh fun air when u would show up and we'd chat up. Thank you so much for being u and giving us inner city kids someone we could relate to that wasn't a player but was close enough to them. #RIPStuartScott #FuqCancer #GoneButSurelyNotForgotten."

Those who are familiar with Scott will remember him for his endearing onscreen presence and his catchphrase-filled commentary. He was well-liked by colleagues and also amassed an endless list of celebrity fans, who reacted to Scott's passing on Twitter. In July, Scott’s beautiful ESPYs speech revealed his courageous approach to fighting cancer.

Check out James' fitting tribute to Scott below:

More like this
Jake Daniels Just Became The UK’s First Active Football Player To Come Out As Gay Since 1990
By Sam Ramsden
What Is Jeanie Buss' Net Worth? The Lakers President Is Uber Rich
By Hugh McIntyre
Prince Harry Spoke Out About Archie & Lilibet’s Futures And What Worries Him The Most
By Sam Ramsden
Kourtney & Travis Made Their Marriage Legal & Drove Off In A "Just Married" Car
By Bustle Editors
Get Even More From Bustle — Sign Up For The Newsletter