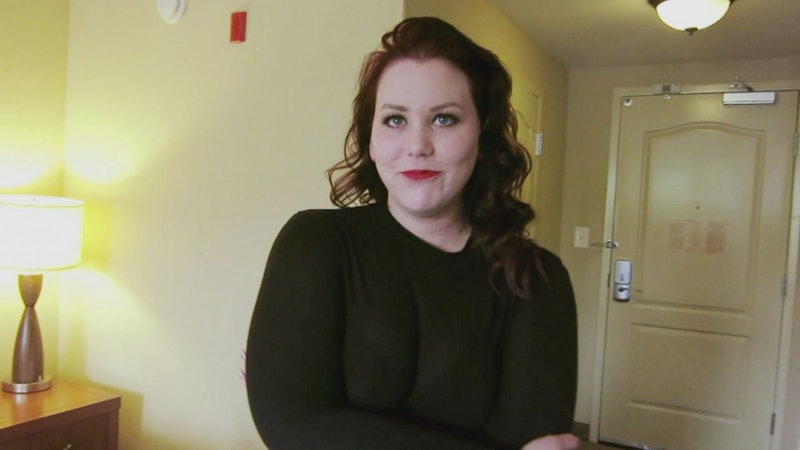 After three seasons of Catfish, Max and Nev have brought us more insane tales of internet romance than I care to count, but one story in particular sticks out in my mind. I'm talking about the one from Season 3 of Catfish involving Miranda and Gabby. If you're a little fuzzy on the details, here's the short version: Miranda was a girl from Minnesota who fell in love with Cameryn, a guy from Santa Monica. When Cameryn started acting sketchy, Miranda called in the experts, who eventually got Cameryn to admit he was actually a guy named James from Atlanta. But that wasn't the end of it. When James never showed up for their meeting, Miranda found out that James was actually a girl named Gabby. Is your head spinning yet?

Basically, a lie of this magnitude hadn't happened on the show before, and I expected Miranda to write Gabby off forever. I certainly wouldn't blame her if she had. Instead, a miracle happened. In the epilogue, Miranda admitted that her relationship with Gabby had opened her up to the possibility that she could be interested in dating women, and they'd been continuing their long distance relationship since the show. I'm sorry, what?! Now I have to know: What's going on with these two? Are they still together?

According to Miranda's Instagram, not so much — but Gabby still managed to change her life, because Miranda seems to be in a very happy relationship with a different girl. And although I'm sad that what she had with Gabby didn't manage to turn into a lasting thing, she and her current girlfriend are super cute together.

In fact, their relationship is going so well that they're moving in together, which is awesome. Signing a lease to live with the person you love is a pretty solid Christmas gift, if I do say so myself.

But what about Gabby? She and Miranda are just friends, which Miranda explained in a blog post she wrote shortly after her Catfish episode aired:

As far as us "dating" or being in a relationship right now that is not happening. We are friends. And I believe that both of our paths in this life have crossed for a reason. Whether it's a lesson or a blessing, I could make an argument for both. I love gabby endlessly and I always will, no matter what.

Sigh. Miranda and Gabby's Catfish story may not have ended in a romantic happily ever after, but a friendship surviving everything they went through? That's a happy ending, too.