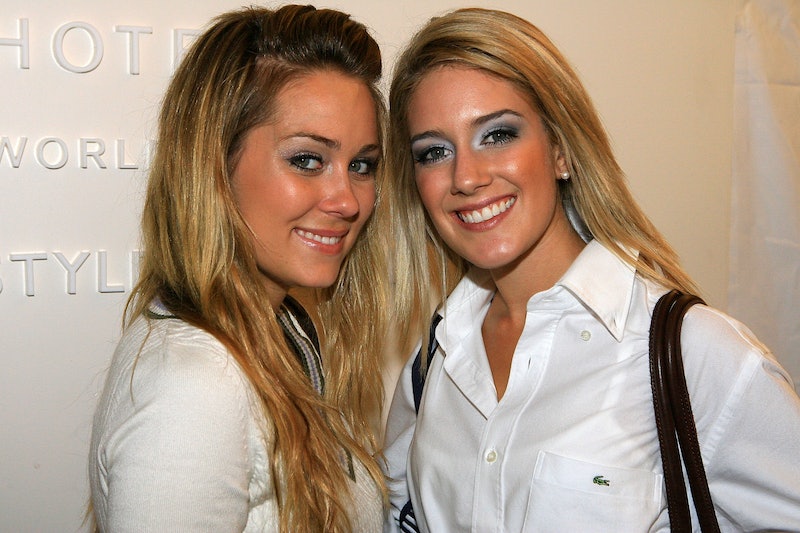 The Hills may have premiered in 2006, but I still care way too much about it for a show that's been over for almost five years. The truth is that I wish I was as flawless as Lauren Conrad with the gall of Spencer Pratt and the pleasant obliviousness to world issues of Heidi Montag. Oh, and the legs of Audrina Patridge. I want those too. And despite the fact that Lauren came out of the show with a successful career in the fashion industry already launched, success didn't find all of her Hills costars that easily. In fact, many of them had to struggle before they found their footing in the real, non-reality show world — and some of them are still struggling.

So where did the rest of the cast end up today? Lauren and her nemesis, Kristin Cavallari, may still be in the news, but we can't forget about the rest of the gang. Here are the major The Hills players, ranked from least successful to most. And don't worry, Heidi and Spencer — even though you don't measure up to your fellow costars, you will always be the number one most ridiculous (and entertaining) reality show couple of all time in my heart.

Although she attempted to launch a music career, her album, Superficial , sold less than 1,000 copies in its first week when it was released in 2010. But before that, Heidi was in the news, and you probably remember why. If not, let me jog your memory: It involved ten elective plastic surgeries, totaling $30,000, that made her practically unrecognizable. Later, Heidi would end up regretting her decision and in 2014, she got a breast reduction and has since decided to "age gracefully and bow out."

He may have taken, like, forever to do it, but Spencer is officially a college graduate. In May 2014, Spencer finally graduated from USC with a degree in political science (that I truly hope he never decides to use) after pursuing his bachelor's for ten years. Next up? Heidi and Spencer will appear on Marriage Boot Camp , which premieres January 29 on WEtv and tackles Heidi's desire to be a mother — and Spencer's reluctance to be a father — once again.

Oh, Stephanie. Although Spencer's sister was only a recurring character on The Hills, she was obviously bitten by the reality bug and hasn't left TV since. After competing on Celebrity Big Brother, she's taken on a starring role in E4's Made in Chelsea: NYC, where she occasionally sports a really weird British accent. Click that link and watch the clip. I swear to you, it is truly bizarre.

Best known as Lauren's sidekick and on-again, off-again girlfriend to the ever elusive Justin Bobby — a man so great he needed two names— Audrina's found success as a TV host. Every Saturday night after SNL, she hosts NBC's 1st Look , a travel show that takes Audrina all over to review restaurants and nightlife. And if you ask me, it's a job she's perfectly suited for. Also, she hasn't aged a day.

Although Kristin is now married to Jay Cutler, a quarterback for the Chicago Bears, and is a mom to two adorable little boys, Jaxon and Camden, her career is still very much alive and kicking. A former host of E!'s The Fabulist, Kristin now designs shoes for Chinese Laundry... and her life seems way less dramatic now that reality TV isn't involved.

The only The Hills star to have inspired her own reality show, The City, Whitney's doing just fine. She's still designing her own line of incredibly cute (and expensive) clothes, Whitney Eve, and her love life isn't too shabby either. She got engaged to Tim Rosenman, a former producer on The City, in November 2013, and it goes without saying that her impending nuptials are going to be absolutely beautiful.

When Lauren said her favorite position is CEO, she definitely meant it, because homegirl is kicking some serious ass. Not only is she still designing her own line of clothing, bedding, housewares, and accessories for Kohls, but she's also behind her successful lifestyle blog and my personal favorite beauty blog, The Beauty Department. She recently wed longtime boyfriend William Tell, and every Instagram photo she uploads makes me wish I was living her life even more.