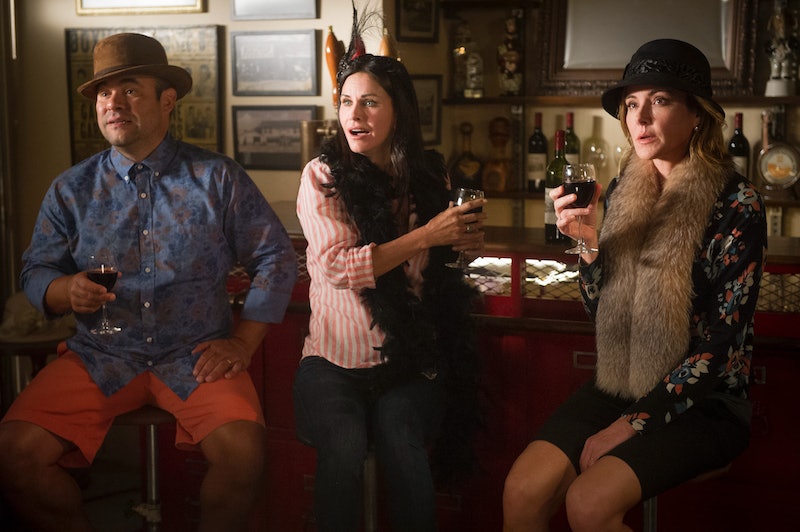 Everything must come to an end, including Cougar Town. The series' last season begins on Jan. 6 with an episode that picks up where last season left off, with Laurie and Travis getting used to the idea of being first-time parents (while Jules copes with being a grandmother). That's where the season begins, but where — and, more importantly, — when will the season end? When is the series finale of Cougar Town ?

Keep your schedule clear: Though TBS hasn't officially announced a date, we know the season will have 13 episodes. With a Jan. 6 premiere date, that puts the finale somewhere around March 31 (this fits with how the show aired its fifth season, which aired its finale on April 1, 2014). When it comes, it'll be a sad day, for sure — it may seem like a cruel pre-April Fool's prank — but it's better than it could've been. The show had a good run. Many fans thought it was a goner after the fourth season, when ABC didn't pick it up. But then TBS swooped in and gave it a fifth, and now sixth and (sadly) final season. So we were already living on borrowed time and should be thankful for the couple of extra seasons that managed to sneak in before the plug was pulled.

Still, if you're hurting for the loss of Cougar Town, there are ways of coping. Here are a few.

Remember how, conveniently, all of Friends just made its way to Netflix? With every episode at your disposal, you can get a quick Courteney Cox fix 24/7. (And though Friends is much more similar to Cougar Town's sensibility, the Scream movies are on Netflix too, if that's more your bag.) Even better: Freaks and Geeks is still on Netflix. If you haven't seen Busy Philipps' kinda-funny, kinda-heartbreaking turn as tough girl Kim Kelly on the show, you absolutely have to.

If you think you're hurting from the loss of Cougar Town, imagine how the cast feels. It's a real love-fest over on social media, though. It warms the heart (and softens the blow) to revel in the stars' cuteness.

Replace It with Something Else

The Comeback is the most fitting substitute, since it's also stars one of the women of Friends. But... that might not be the best replacement if you're looking for a show that's definitely going to have another season. If that's the case, perhaps try Girlfriends' Guide to Divorce , which has a similar premise to Cougar Town, but is still going to be on the air. It won't be a perfect replacement, being a drama and all, but nothing will really be able to replace Cougar Town, so we'll take what we can get.