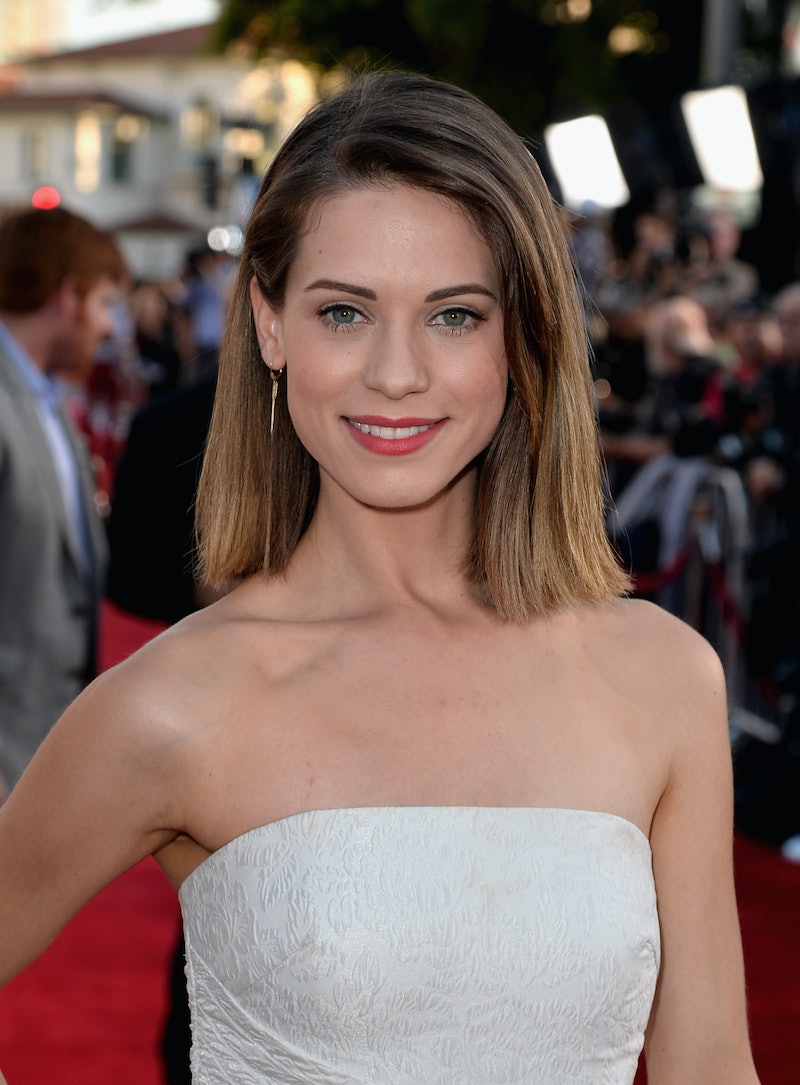 Who's ready for even more badass women in their life? Thanks to ABC's upcoming Marvel's Agent Carter starring Hayley Atwell as Peggy Carter, we will get just that. As important and as exciting it is to see Atwell in her element, it's important to note she's not the only beautiful, talented, and kick-ass female of the series. Enter Lyndsy Fonseca. Recognize her name? You should, because she sure is no stranger to the small screen.

On Agent Carter, Fonseca is taking on the role of Angie Martinelli. She is a waitress and aspiring actress — something Fonseca is quite familiar with. While pursuing her dreams, Angie befriends Peggy, however, she does not know Peggy is a covert SSR (Strategic Scientific Reserve) agent going on secret missions for Howard Stark (Dominic Cooper). Rather, she believes Peggy is working for the telephone company. With that said, they do have something in common. They are both strong women trying to find their place in the post-war world.

As for Fonseca's other roles, she's starred in several well-known TV series, so there's no doubt she'll continue to kick butt on Agent Carter. From playing a government agent you wouldn't want to mess with to showing up sporadically on a well-known comedy to once calling daytime TV home, Fonseca's acting resume is all-encompassing. To help you get better acquainted with her, here's a breakdown of a few of her more recognized roles.

As Alex in The CW's reboot of Nikita, Fonseca portrayed one tough leading lady. Seriously, I wouldn't want to anger her or any of her co-stars, including Maggie Q, Shane West, and Devon Sawa. If she ever becomes an SSR agent on Agent Carter, she'll definitely have experience.

Every now and again Fonseca appeared on CBS' comedy How I Met Your Mother as Ted Mosby's daughter. Clearly, she pulled off the magic trick by never aging on the show as she sat next to her TV brother, David Henrie, on that famous couch.

She Once Was Rick Castle's Daughter

For 18 episodes, Fonseca portrayed Dylan Mayfair on ABC's Desperate Housewives. Not only did Nathan Fillion play her adopted father, but her adopted mother was portrayed by Dana Delany. Per usual fashion of this drama, Dylan's life was filled with drama, secret, and lies.

She Had Big Love for HBO

Fonseca showed off a different side on HBO's Big Love, where she played recurring character Donna, a so-called "mean girl." I've never watched this show, but I wouldn't mind seeing Fonseca in action and steering away from the roles I'm used to seeing her portray.

She Used to Get All Soapy

If you're an avid daytime soap opera fan, then you probably recognize Fonseca from her days as Colleen Carlton on The Young and the Restless. As Y&R fans know, Colleen's big love was J.T. (played by Thad Luckinbill). Fun fact: Fonseca and Luckinbill also played lovers on Nikita.

She Played a Troubled Teen

On FOX's Boston Public, Fonseca showed off her teenage side as Jenn Cardell. Not only is this considered her breakout role, but she also shared the screen with many famous faces, including Jess Mariano... I mean Milo Ventimiglia.

I think it's safe to say Fonseca has some TV experience, right? We'll finally get to see Fonseca and Atwell in action on Tuesday, Jan. 6 for Agent Carter's two-hour premiere starting at 8 p.m. ET. If I were you, I'd tune in.