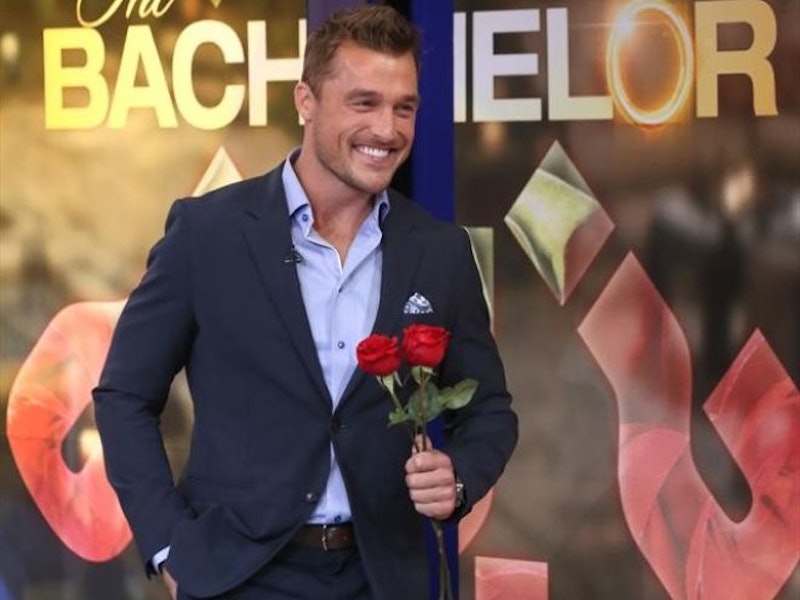 Each season of The Bachelor or The Bachelorette has its own twists and turns, but one thing fans can usually count on is drama surrounding the first impression rose. For Chris Soules and first impression rose receiver Britt, things were no different. After she got the bud, they kissed and walked back into the house arm-in-arm, immediately putting a target on her back. But does the first flower actually mean anything for Britt's fate? Well, not really. The odds The Bachelorette or Bachelor's first impression rose is actually given to the show's winner are pretty low. Although it has good intentions, it's only successful two out of every 23 times. Bustle's Nicole Pomarico once accurately called it "the kiss of death."

Since its introduction in 2004, 12 Bachelors and eight Bachelorettes have handed out first impression roses to 23 men and women. Unfortunately only twice has the recipient of the first impression rose actually walked home the winner. In 2008 Deanna Pappas was allowed to hand out three first impression buds and gave one to the eventual winner Jesse Csincsak. The couple later broke up, proving that even beating the first impression rose odds doesn't guarantee a happy ending. And in 2010 Ali Fedotowsky bestowed the jinxed flower to Roberto and did end up engaged to him. (Although they didn't end up walking down the aisle.)

The only other time someone got close is when Sean Lowe broke the rules and handed out 12 flowers prior to the rose ceremony. His eventual wife Catherine Giudici was one of those 12 women, but she doesn't count as a winning statistic. Technically his first "first impression" rose went to Tierra LiCausi who nabbed the honor only moments after stepping out of the limo.

But even though Jesse and Roberto won, most first impression rose holders end up going home. While it does increase the length of your stay to receive the first flower, it doesn't mean you'll be victorious. Of the first impression rose winners, 4 of the 23 times the person makes it to the losing half of final two. That means 17 percent of the time the Bachelor/Bachelorette's first impression meant enough to get that person to the finale, but not to walk home with them.

On average the first impression rose winner has the highest chance of making it to at least week seven and 87 percent make it past week three. So there's definitely something to be said about making a good first impression and having it keep you in the game longer, but it doesn't guarantee you a win. The fact that there's only been two winners out of 23 contestants who've received the rose doesn't make for great odds. Britt nabbed Chris Soules' first impression rose on Monday night, but she only has a seven percent chance of winning.