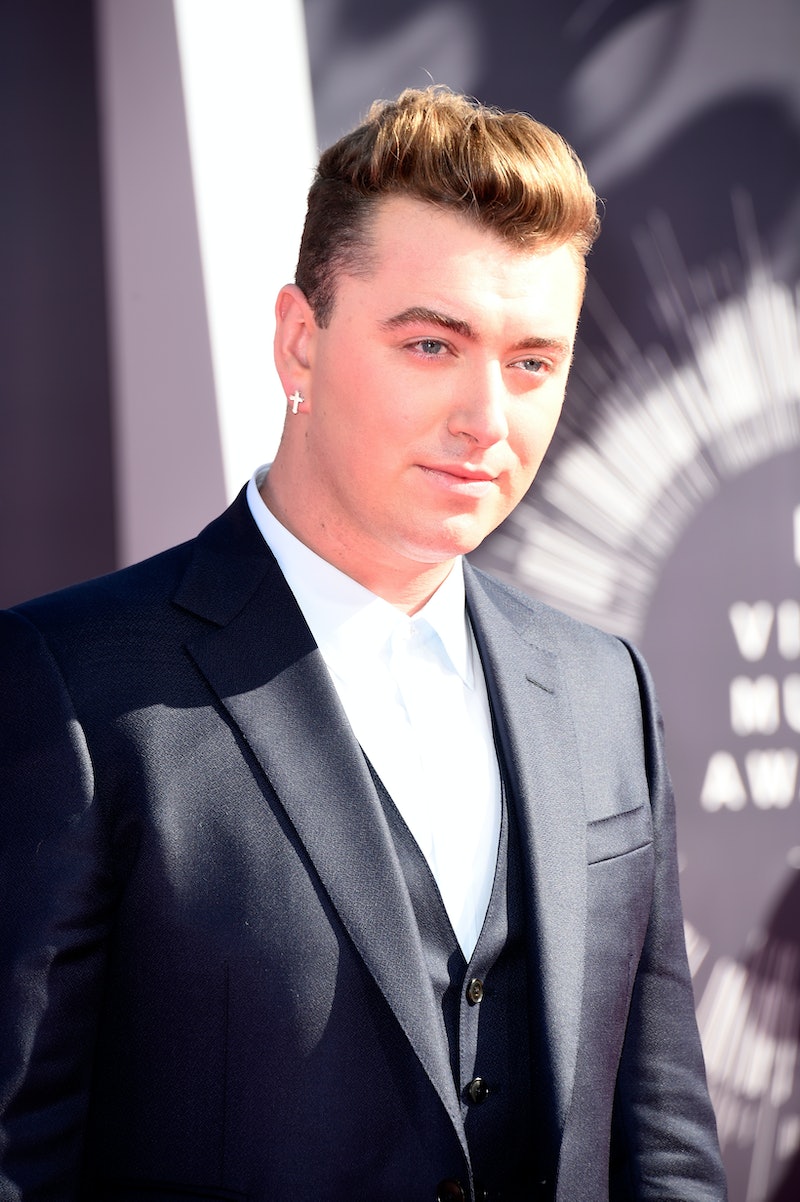 Uh, Rih? Is there something that you'd like to tell us? In the latest issue of Entertainment Weekly, British crooner Sam Smith hinted that he may have worked with Rihanna on her upcoming eighth studio album (a.k.a. "R8"). No way! Yes. Yes way. Speaking about the music he's looking forward to most in 2015, Smith was quoted as saying, "I'm personally very excited for Rihanna's album. I know some stuff about that record that no one knows." Very interesting. Tell us more! Could Smith be a featured guest on R8 ?

I think so! Perhaps Smith and Rihanna met through their mutual friend, Katy Perry. Perhaps they recorded a duet together. Perhaps it will become 2015's version of "Stay"! Personally, I'd be into that. Or, maybe Smith just wrote a song for Rih's new album. That's definitely a possibility, too. If the two singers did record a duet, I must admit, I'm not exactly sure that their voices will blend well together — but ultimately, I trust the Princess of Pop's superior musical instincts. I mean, she has 13 No. 1 singles under her belt — I think it's safe to say that she has a pretty good ear for what works and what doesn't.

However, what if this mysterious "stuff" Smith supposedly knows about R8 has nothing to do with him at all? What if, as a pal of both Rihanna and Perry, he's been privy to some seriously top-secret information regarding... wait for it... a Rih/Katy collaboration!!!

AHHH!!! Pop music fans have been waiting for that to happen for years! You can't see me right now, but I'm ravenously eating a giant chocolate chip muffin and ugly crying tears of joy at the mere thought of a Rih/Katy song blessing my ears in the near future. I know it's a long shot, but it's also not entirely outside the realm of possibility... right? C'mon, just let me have this moment.

On Monday, Rihanna posted a new pic on Instagram that may confirm (albeit in a super indirect way) that R8 is, in fact, coming out in 2015. It's not much, but at this point, I'll take what I can get:

Strange, huh? Hopefully, Rihanna will shed some light on this Sam Smith situation (and R8 in general) very soon.