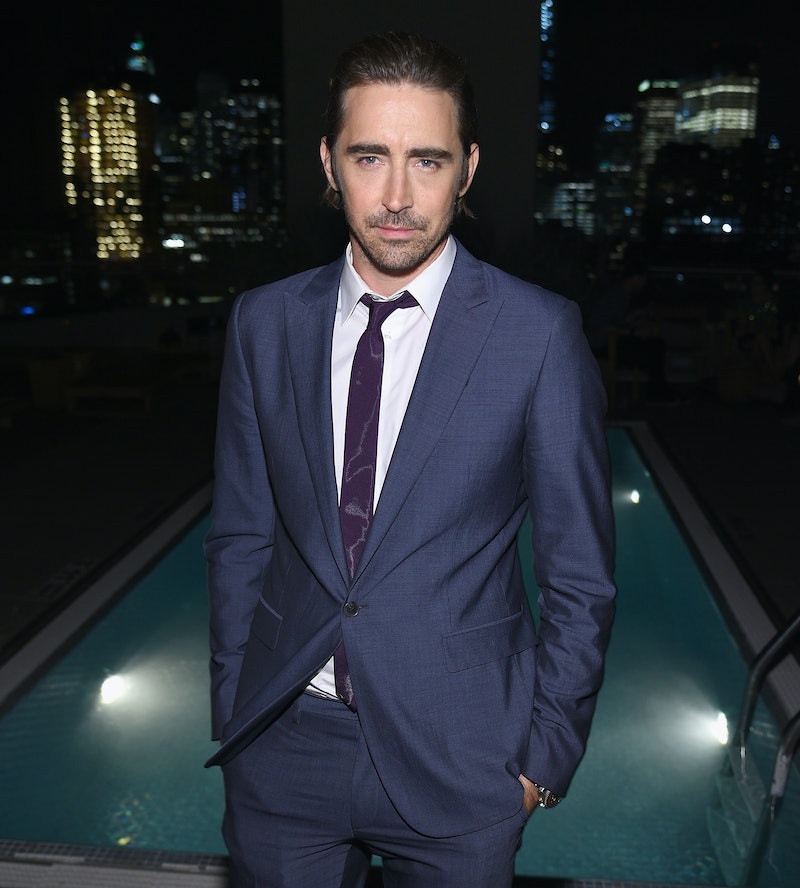 2015 is officially upon us, which means it's time for TV shows to come out of their winter hiatus slumber and once again grace us with their presence. And while I'm, of course, looking forward to the return of many, many, MANY different programs (I watch a lot of TV, alright?), there is one certain OBGYN-centric sitcom in particular that has especially sparked my curiosity in the New Year. The Mindy Project has cast Lee Pace to play Mindy's former flame, Alex, who could end up causing an unexpected rift between Mindy and Danny after the two of them reconnect at a bar in an episode airing on Jan. 13. You see, because Alex is no ordinary ex — he was also Mindy's "first." As in the guy she first lost her virginity to back in college. And oh yeah, we're going to get to see how it all went down.

Fans of the series can expect a hilarious college flashback to when Mindy and Alex first… ya know. So prepare yourselves for a ton of dorm room awkwardness and truly awful hairstyles. I mean, I love me some Lee Pace and Lord (of the Rings) knows he can rock some seriously long locks (i.e. The Hobbit 's Thranduil). However, you have to admit this look just doesn't do our boy justice…

Luckily for us (not-so-luckily for Danny), the present day Alex is much more up to our Pace standards, which may be enough to catch Dr. Lahiri's eye. But regardless of all the trouble this will inevitably ensue, there's no doubt that this blast from the past is going to be a must-see event of the season and brings to mind all of the other great flashback episodes from sitcoms' past. Such as…

Rachel's nose… Chandler's hair… Ross' stache — it leaves you with a ton of laughs and so much to be thankful for — like the fact that those looks are no longer in style. That is, if they were ever really in style to begin with. Seriously, Chan, could that hair BE anymore ridiculous? (The answer is no. No it could not.)

Will & Grace: When Will Meets Jack

This may be a friendship for the ages, but the same certainly can't be said for those '80s hairdos. However, it does add extra fuel to the hilarity fire as Jack in his oh-so-Jack way helps nudge (OK, shove) Will out of the closet, forcing him to finally be honest with himself and with his unsuspecting girlfriend at the time, Grace.

I think this is the beginning of a beautiful friendship.

How I Met Your Mother: Ted & Marshall Roadtrip

Because I would walk 500 miles just to witness one of these epic road trips again. Good times, my friends. Good times.