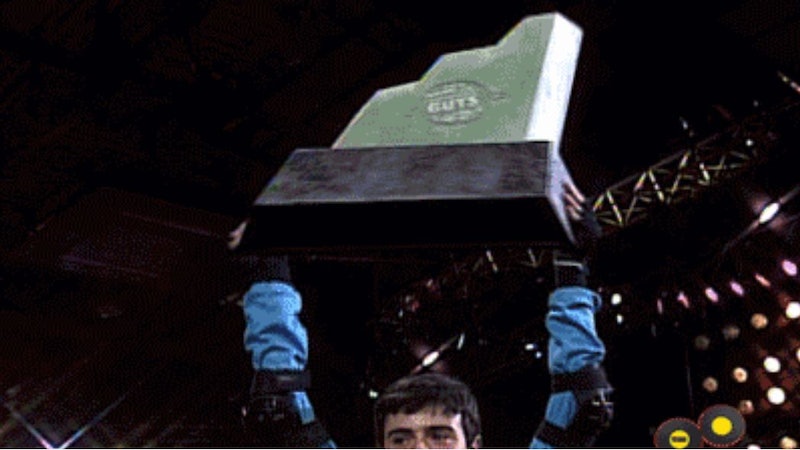 I suspect that one of the reasons many of us look back on our childhoods with fondness is that when you’re a kid, anything seems possible. All you have to do to confirm that fact is to recall the sorts of things you had on your life dreams wish list when you were young — and never is it more true than when you look back at the sorts of goals many, if not all, ‘90s kids hoped one day to accomplish: They involved beating ridiculous odds, winning awesome prizes, flipping the tables on the authority figures in your life, and pretending we’d joined our favorite fictional characters in their equally fictional worlds. No matter how slim the chances of us actually achieving any of those goals were, we still never stopped hoping to accomplish them anyway — which, to me, is exactly what it means to be a kid.

This Throwback Thursday, I’ve trudged through my memory for 15 things I recall either myself or my friends wishing we’d accomplish during our ‘90s childhoods and early adolescences. Some of the goals seem larger than life; others were perhaps a bit more realistic; and interestingly, a lot of them involve Nickelodeon (there’s a reason those of us who grew up in the ‘90s consider the decade the network’s Golden Age). It didn’t matter that most of us probably never managed to cross them off of our to-do lists; the wishing was enough. Ah, nostalgia!

1. Winning the opportunity to participate in a Nickelodeon Super Toy Run...

Childhood materialism at its finest. Also, is it just me, or is that commercial kind of unsettling in retrospect?

2. …And actually walking out of there with the big prizes.

Nintendo. Sega. You know the drill. If you were a really good friend, you nabbed stuff for all your buddies, too. Redditor ImHereToCivilize, who won the sweepstakes in 1995, did an AMA about the experience a few years ago; if you've ever been curious about how the whole thing actually went down, check it out. It's surprisingly astute.

Any one would do, because who cares what it looks like when it’s a car you can actually drive?

4. Putting together the Shrine of the Silver Monkey.

Come on. It can’t be that hard, right? Then again, if I had to worry about those damn Temple Guards leaping out at me without warning at any given moment, maybe I'd have some trouble, too.

It wasn’t until we got older that we realized we’d probably spend less just purchasing the prizes from the prize counter than we would playing as many games as we needed to win them.

6. Making it through Oregon Trail without dying of dysentery.

It was truly an accomplishment.

7. Having Nick Take Over Your School.

Mostly because everyone wanted to see their teachers get slimed. If you're in the mood for a good laugh, Ryan Gilbert at Clickhole penned a parody piece back in November of 2014 entitled "It Happened to Me: Nick Took Over My School and Wouldn't Leave." Read it. It's amazing.

GUTS: Do you have it?

Or Disneyland — either would suffice (and I’m pretty sure this is still a life dream for kids today, too). Bonus points if your parents surprised you by picking you up from school and revealing the trip on your way to the airport.

Or NSYNC. Or 98 Degrees. Or whatever was your jam. We also couldn’t wait until we were old enough to win said tickets by dialing our local radio station and being the fifth caller.

Or at least hanging out front with a sign and maybe catching a glimpse of yourself on national television. As long as you could deal with the screaming.

12. Getting a golden egg from the grocery store vending machine.

But only if you didn’t share a room. We liked to look at them as luxuries, not necessities. #Checkingmyprivilege. (And no, I didn’t have them myself for either reason.)

The fact that they were fictional was immaterial. We all started our own chapters anyway.

Once upon a time, American Girl dolls were sold entirely by catalog. It was big news when the very first brick-and-mortar store opened up — and you had to go aaaaaaaaaaall the way to Chicago (presuming you didn’t already live there) to visit it. The times, how they do change, no?