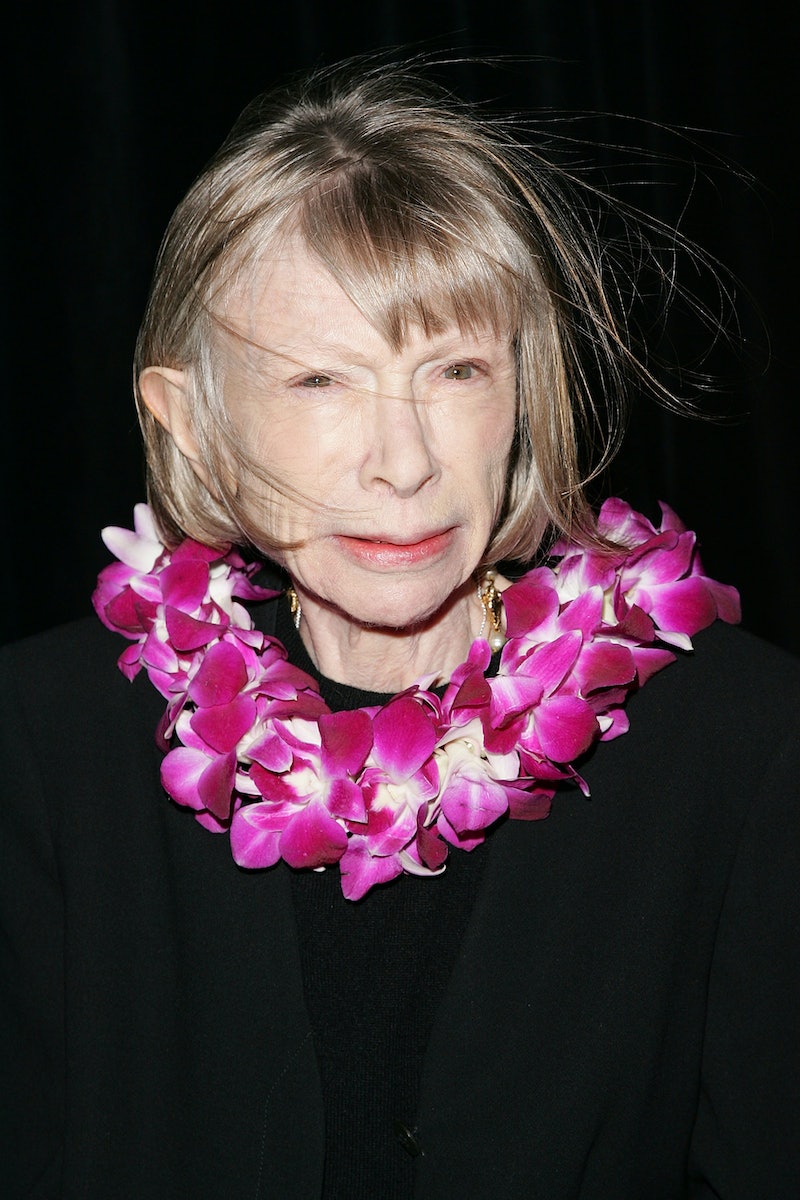 Could this possibly be real life, or have I been wandering around in a fever dream all day? According to Vogue, Céline just revealed Joan Didion is the brand's newest face, and my heart is about to explode into a thousand tiny pieces. I suppose I shouldn't be incredibly surprised — after all, Didion's been something of a minimalistic fashion icon since the '70s. It only makes sense that she'd team up with a brand that basically oozes sleek glamorosity, especially considering their spring 2015 collection took much inspiration from the era when Didion first burst onto the scene.

Didion has spent much of the 21st century out of the spotlight (aside from releasing her brilliantly devastating novels The Year of Magical Thinking and Blue Nights), but 2015 appears to be her year. We're finally getting a Joan Didion documentary, and now the perpetual style/writing/life inspiration for all cool girls everywhere has her very own ad campaign.

The first image features Didion with her signature silver bob and oversized sunnies (ugh, ugh, ugh... I literally have zero hope of ever being as chic as her when I grow up), plus a classic black sweater and one serious statement necklace. Have you ever wanted to dress like an 80-year-old more in your entire life?

While the general public might still be obsessed with looking young, the fashion and beauty world is enlisting more and more stunning middle-aged-and-over women to front their campaigns. Most recently, Tilda Swinton (age 54) joined NARS for the makeup brand's Spring 2015 campaign.

While we're no where near perfect, this trend, along with the size acceptance movement, proves that brands are finally catching on to the fact that everyone is fabulous. And that's pretty amazing.