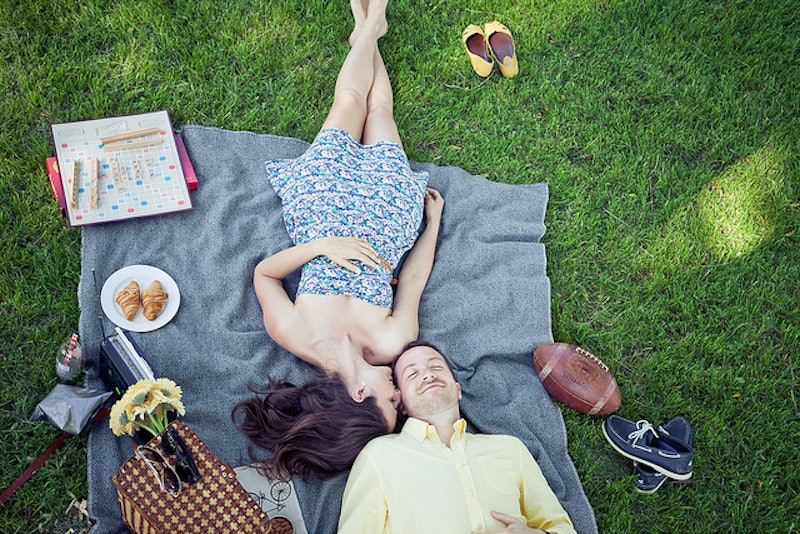 There’s no such thing as a fairytale relationship, and perfection isn’t what couples should strive for. However, there is such a thing as a healthy and happy relationship that can look similar to a Disney movie. And if you want that fairytale ending, you and your partner are going to need to work for it.

Relationships don’t come easy. You will have your ups and downs, and both of you will have to work together to get to those ups and learn how to manage those downs. Maybe you’re in a relationship where you two bicker like an old married couple. Another day, another fight about the stupid dirty dishes. Ugh, how hard is it for him to take his towel off the floor?!

You know you’ve seen those couples that seem like they never fight. Even though they annoy the poop out of you, you wonder how do they do it?! What is their secret to success? Well, I’ve got news for you. There isn’t one answer and there’s no mystery behind their non-arguing magic. They simply work at it.

Below are secrets of couples that don’t fight that often.

They Pick And Choose Their Battles

Healthy and happy couples are healthy and happy because they know when to fight. They don’t walk around constantly armed and ready. They don’t have their guns drawn, unless need be. They aren’t the couples arguing over the small little things. They speak up when it’s important. And, their relationship is much better because of this.

They Know The Power Of Their Words

After being in a relationship for a while with a person, you know what will get under their skin. Couples that fight a lot usually say that one thing that they know will set off their partner. Well, couples that don’t fight that often are careful with their words. They aren’t bringing up those feisty comments about his or her mom or saying those backhanded compliments. So, be wise and use your words wisely.

Buttons are only meant to be on shirts, not to be pushed in a relationship. You know when you are pushing your partner’s buttons. When you’re doing this, you’re trying to get a reaction out of your partner. So instead of pushing, you should look inward to see what’s happening within you. Are you upset about something and need to bring up a bigger issue? Are you feeling unsatisfied in the relationship or unfulfilled?

They Learn From Their Fights

Every couple has their fights. The couples that don’t fight often learn from these fights though. They make a point to understand what led to the argument and how it was resolved. They take this new knowledge and use it to better their relationship. You want to learn from your mistakes — not recreate them again and again.

They Are Not Passive Aggressive

They Don’t Sweep Things Under the Rug

There is no sweeping action going on between couples that don’t argue that much. Instead, they don’t even have a rug. They have wood floors that show every spec of dirt. They clean that dirt up right away, instead of hiding it. If you sweep things under the rug, it only makes for an extremely dirty foundation that will be hard to clean up. Put away that sweeper and clean up the mess when it happens.

This isn’t a “Sorry, not sorry” moment. It’s crucial after a fight occurs that each partner owns up to his or her actions. Sometimes all you need is a good old-fashioned apology. Once the “sorries” occur, both of you can move on without any resentment. One Republic was for sure wrong — it’s never too late to apologize.

When couples are fighting nonstop and the arguments seem to be never-ending, it usually means there is something larger occurring. It could be that either you or your partner (or both) could be feeling unfulfilled. If you are not feeling satisfied within your relationship, it will tend to come out in another way — fighting. Take note of your arguments and look if there is a bigger picture at hand.