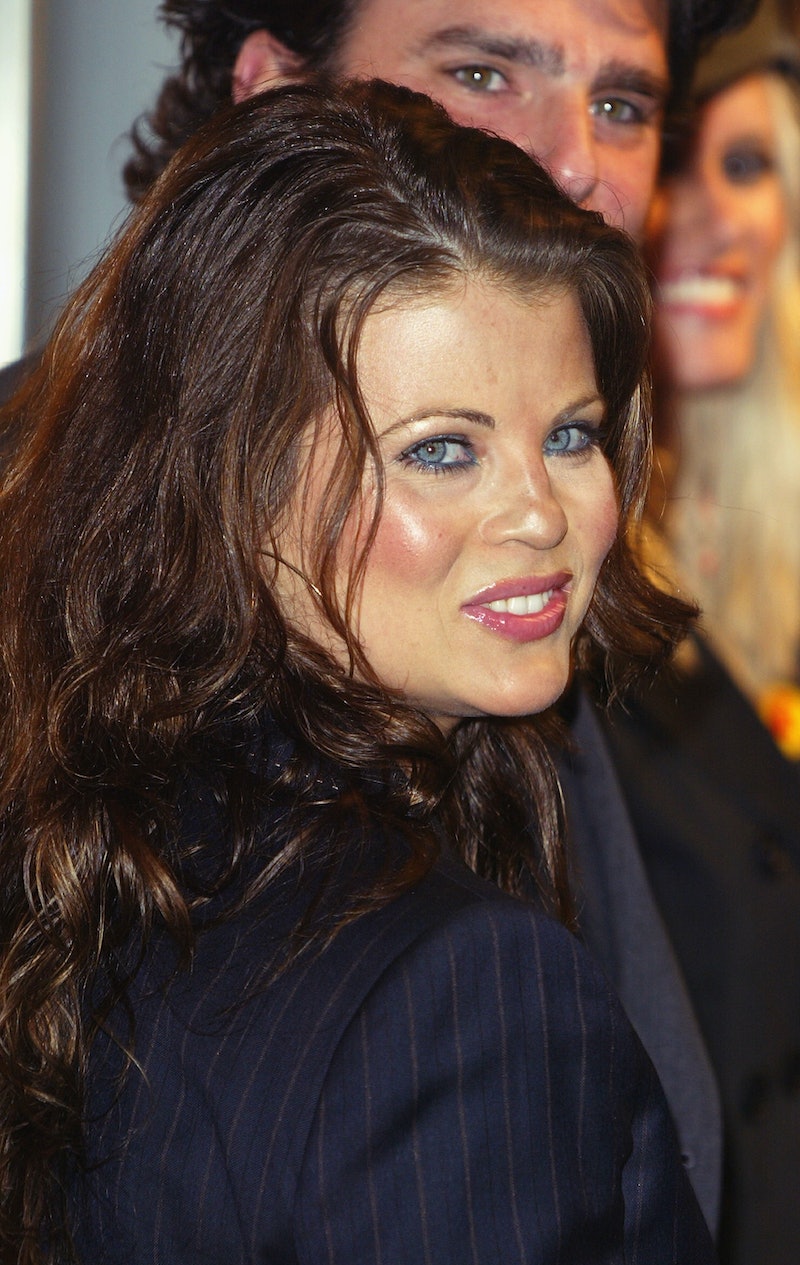 I have to say that when I heard that former Baywatch star Yasmine Bleeth had made a rare public appearance on the beach, re-emerging after about ten years out of the public eye, I dreaded getting on Twitter. I was there when Rob Kardashian was fat shamed by the masses just for going outside for the first time in forever with a heftier look. I was there when Renee Zellwegger had to explain her new look after people went crazy over the fact that she "looked old" or as if she'd "had surgery done." Let's be frank: the Internet is just not the most sensitive when it comes to dealing with the phenomenon of celebrities looking different than their last appearance. However, when Bleeth was spotted on that Venice Beach, and even with people comparing side-by-side images of her from Baywatch versus now, the response from fans has been surprisingly positive.

The rare event happened thanks to actress Eileen Davidson, who spent the day at Venice Beach her husband, Bleeth, and Bleeth's husband. She then tweeted a picture of the foursome along with some other friends that they picked up along the way. While the event took place on New Year's Day, it took a week for it to go viral and for people to notice that one of the many people in the photograph was, in fact, Bleeth.

If you ask me, it's downright impossible to maintain a Baywatch body normally, let alone still look that way ten years later, but I know that level of understanding is uncommon on the Internet. However, it seems people are taking this news with the right attitude, ranging from bewilderment as to why this is even news to excitement that Bleeth is doing so well. And I find that refreshing, after going through a year where Rob Kardashian can make headlines for gaining weight and Zellwegger can make headlines for getting older.

Of course, that kind of positivity wasn't universal. There were people who reacted negatively to Bleeth's "new look."

But you also had people justifiably calling everyone out on caring more about Bleeth's beach vacation than they do about the more important things going on in the world right now — similarly to how I felt when there was an actual headline about Kim Kardashian bleaching her eyebrows. (Seriously, who cares?)

And then you had people who were quick to rise to Bleeth's defense, either complimenting her on still managing to look so beautiful after all these years or criticizing people for the language they are using while talking about her, as if she's a unicorn or a groundhog rather than a person.

I'm not saying that the Internet has suddenly morphed into a place of warm positivity when it comes to their treatment of female celebrities, or that we are entering a new age in which a woman's looks are not the most important news topic about her. However, I really must give the web-universe due credit for such a mixed reaction to something like this. I went in expecting the worst and instead I found mostly the best. Hopefully, this is a good indication of the kind of maturity that we can expect from people going forward into 2015. And, if not, well, at least we started the new year off on the right foot.