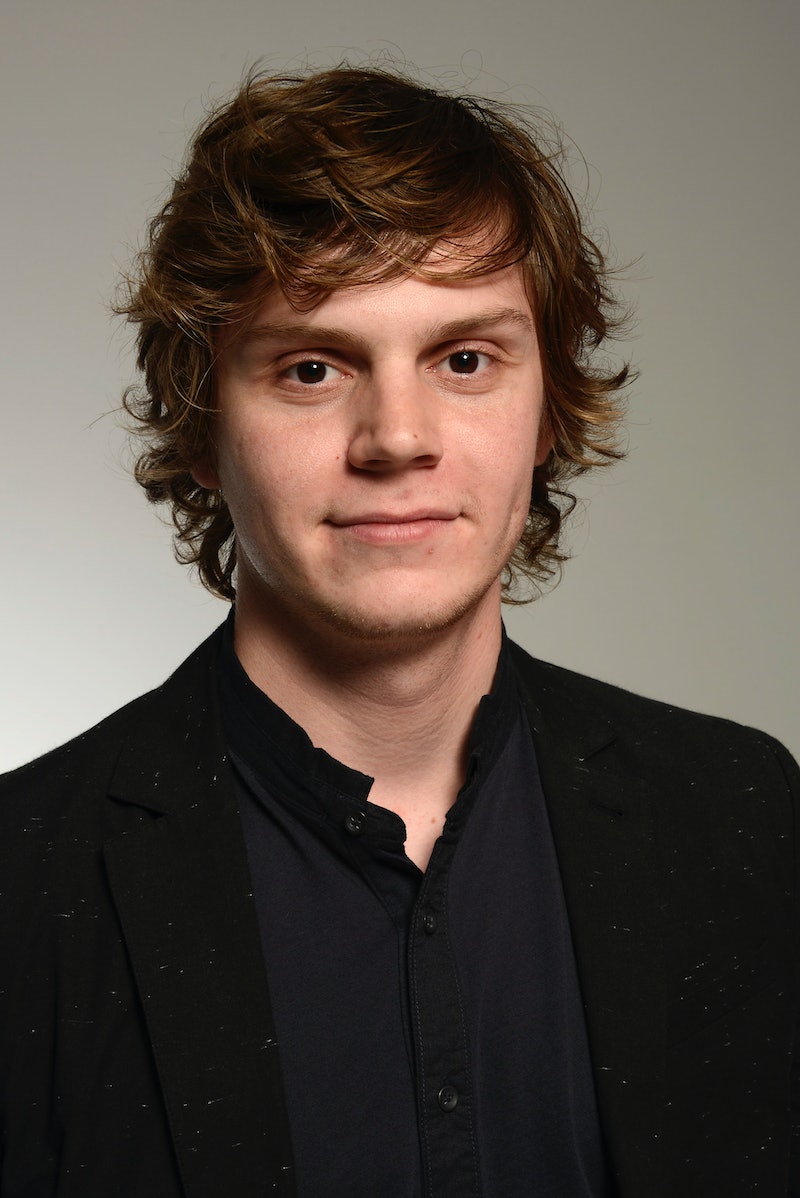 We’ve been living in a world redefined by the mercurial romance of Evan Peters and Emma Roberts for a few years now, so it’s tough to imagine a time before they were together. But as two young, attractive actors who have been raised amongst other young, attractive actors, they’re both naturally gonna have a few exes. So, riddle me this: who did Evan Peters date before Emma Roberts?

Sure, we’ve pretty much charted the whole course of Roberts and Peters’ relationship, but we haven’t delved too much into the ex-files thus far. Because you need to know someone’s past to understand them in the present, I feel like we need to leaf through those classified documents to understand their dynamic. Everyone hates the dating past conversation, but you kind of have to do it. It’s just like ripping off a band-aid and dumping all of of one's neuroses into the lap of a new lover. Huzzah!

Looking into his love history, one thing’s for sure: the actor is no stranger to having his relationships exist in the public eye. Taking a look back at his roster of girlfriends, Peters has been linked to several actresses and socialites. But which ones? Are they like Roberts at all? Does he have a type? Without further ado, let’s crack open those files and have the dreaded ex conversation with Peters.

Back in 2010, when Geldof was 19 and Peters was 23, the pair hooked up and dated for about a year. After the model/singer and the AHS actor were seen kissing at Coachella, people took it as a confirmation that they were dating, which seems fair enough as far as celeb relationships go. Although Geldof was reportedly "completely into Evan," the pair split up in 2011. Another Coachella romance bites the dust.

According to Zimbio, Peters began dating actress Alexia Quinn in 2011. The pair may have met while working on a play called Living at Home that ran around the time they supposedly started dating. In January 2012, Quinn celebrated Peters' birthday alongside him at a Las Vegas nightclub, when the two were still very much an item. But somewhere along the line in 2012, they broke up. Incidentally, Peters may still have been with Quinn when he first met Emma Roberts while they were filming Adult World, so I'm guessing that breakup wasn't pretty.

Peters has been linked to his American Horror Story co-star Alex Breckenridge in the past, as The Examiner reports. The pair allegedly dated before they both appeared on American Horror Story: Murder House in 2011. While they were never officially spotted publicly canoodling, there is a picture of the pair looking very late aughts and kissing each others cheeks, so that must mean romance.

Welp, this wasn't exactly a full-blown relationship, but according to Lohan, these two spent the night knocking boots at one point or another. But for all we know, Peters could have been special. The actor was allegedly one of the conquests on Lilo's infamous sex list, that included the likes of Orlando Bloom, Ashton Kutcher, Colin Farrell, Joaquin Phoenix, and many more. I'd say there are a few party girl similarities that one can draw between Lohan and Roberts, but the comparisons seem to end there.