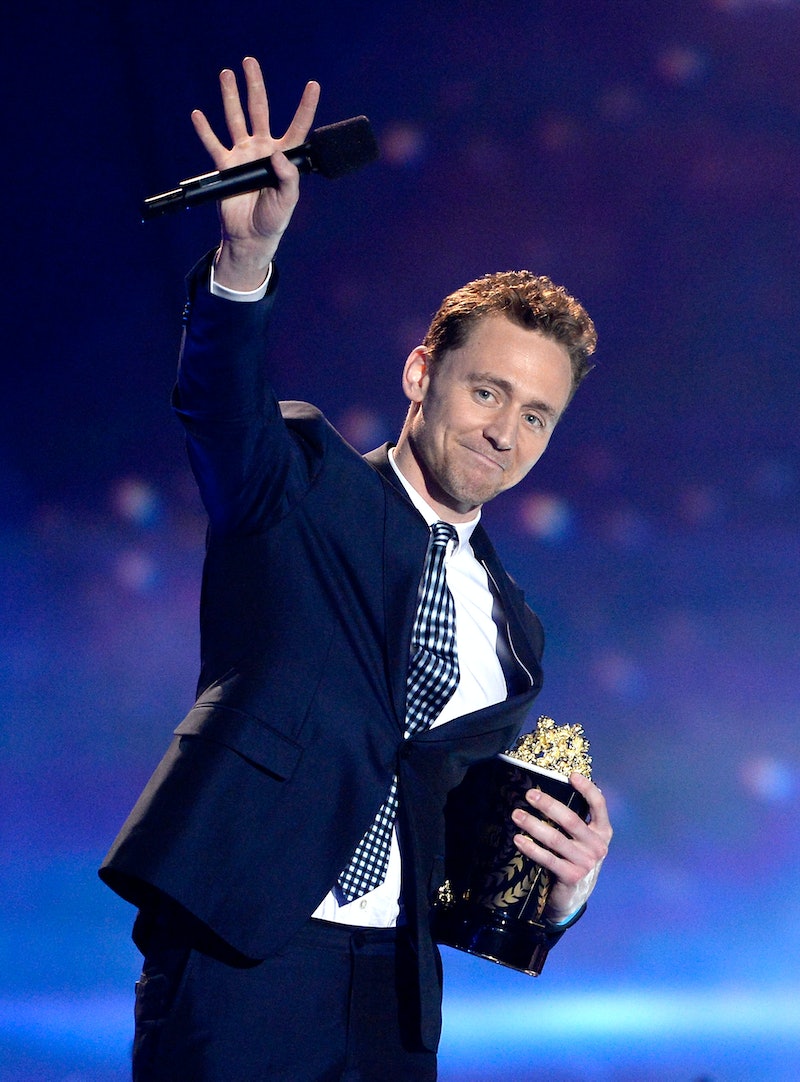 It's awards season, which makes me extremely happy. You know what else puts a smile on my face? Seeing all of my favorite TV and movie actors gathered in one room for an evening. However, you know what makes me sad? When Tom Hiddleston is not invited to the Golden Globes as a nominee. Now, he might attend this year as a presenter or to show love to his best friend Benedict Cumberbatch, since he's nominated for The Imitation Game, but he definitely won't be popping up as a nominee. Wait, has Tom Hiddleston ever been nominated for a Golden Globe? No. Never. Say what?

It's not that Loki — I mean, Hiddleston, hasn't ever been recognized for his performances. He won Best Actor at the Evening Theater Awards for his role in Coriolanus, after all. Still, I'd love to see his name as a Golden Globe and an Oscar nominee (you can't have one without the other). Maybe he'll get some recognition for playing Hank Williams in I Saw the Light? Well, here's hoping.

With all of that said, here are nine acceptance speech options that Hiddleston can give when he walks up on stage as a Golden Globe winner.

The "No Words, Just Dancing" Speech

The "I'm Better Than My Fellow Nominees" Speech

The "Look at Me, I'm Amazing" Speech

The "I Can't Believe It" Speech

The "I'm So Drunk, I Can't Even Talk" Speech

The "Wait, Did They Call My Name?" Speech

The "I'm Going to Thank My One True Love" Speech

Maybe one day we'll see Hiddleston in attendance because he's nominated. I have no doubt that we will, because he's so freaking talented, but until then, we'll have to imagine what it'll be like. Also, let's take a moment to daydream about Hiddleston and Cumberbatch hosting the Golden Globes. *Sigh* Now that'd make awards season even better.