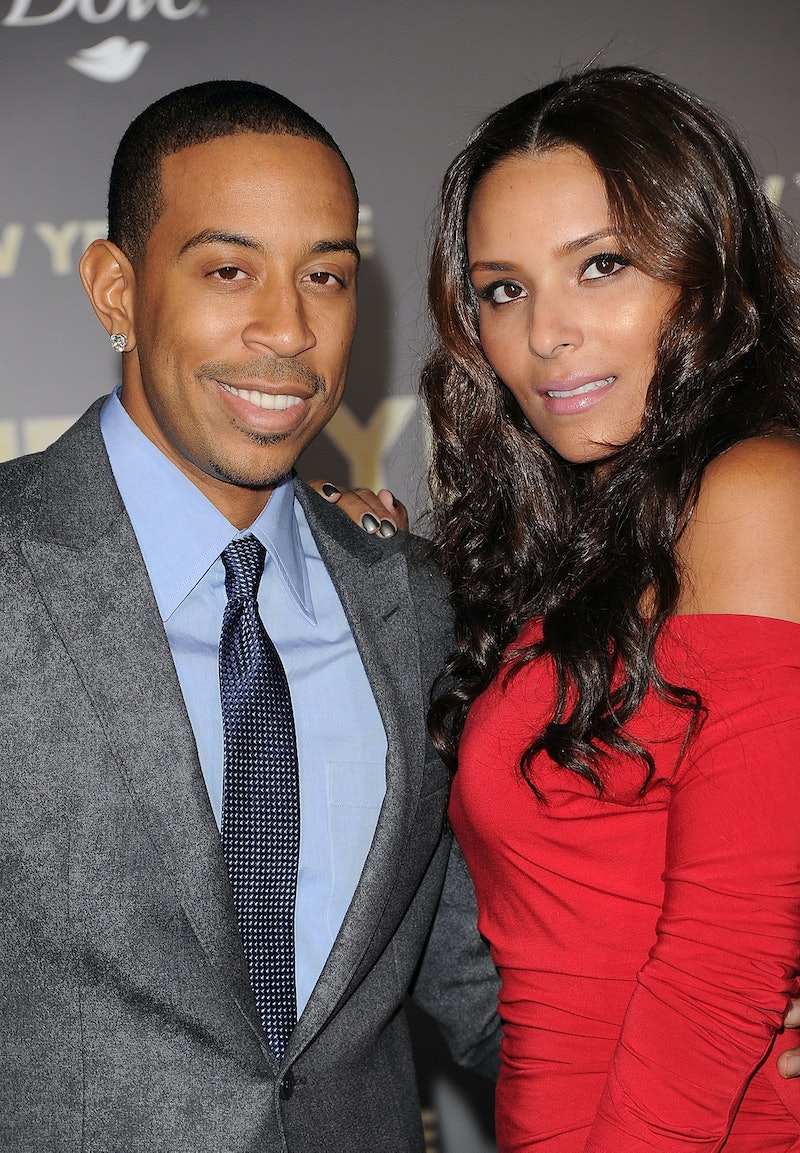 Aside from being an absolutely gorgeous woman who also happens to be my fitness crush, Ludacris' new wife Eudoxie Mbouguiengue has a lot going for herself, outside of being married to major rap star/actor. For anyone who isn't already familiar with Luda's leading lady, I'm not exactly sure why because she's kind of hard to miss.

Prior to Ludacris' mid-air proposal to Eudoxie two weeks ago, the pair were romantically for a few years, and like with any serious relationship, Ludacris and Eudoxie have faced their face share of issues together, including a nasty public custody battle and more recently, Ludacris fathering another woman's child. Indiscretions aside, I still really like them as a couple so I'm glad they managed to stick it out through the tough times.

OK, so we already know Ludacris from big-screen roles in films like Crash and The Fast and the Furious, but what about his new wife? Well, for starters, Mrs. Bridges is super stylish and much like her new husband, she's also very ambitious. Rumor has it that she's a former medical school student, so she obviously has the beauty and the brains, but what else?

Here are 5 things you should know about Eudoxie Mbouguiengue:

Mbouguiengue was born and raised in West Africa.

In case you were wondering...

According to its website, Eudoxie's charity Unspoken Angels aims to "support, educate, inspire and empower women" in the US and West Africa who have endured verbal, mental and/or sexual abuse.

If you haven't eaten already, beware — a quick perusal of her Instagram will induce some serious hunger pangs.

Eudoxie has similar messages posted on her Instagram account, so it's obvious that faith plays a huge role in her life.