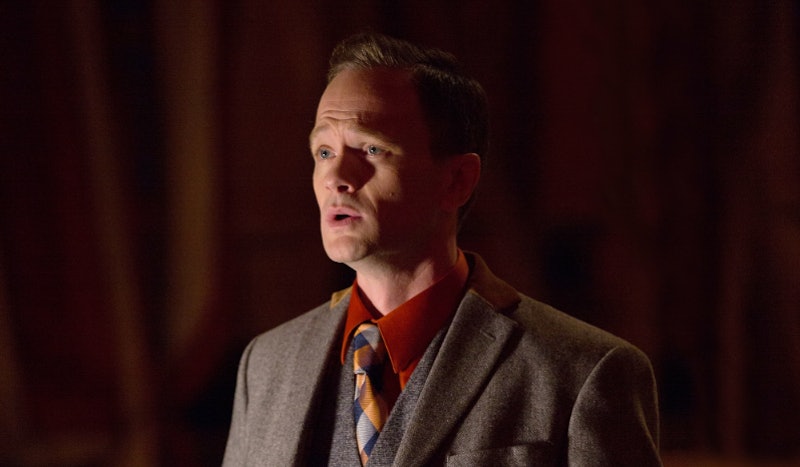 If there's one thing we should all take away from Wednesday night's American Horror Story: Freak Show episode "Magical Thinking," it's that Bette and Dot Tattler are super duper horny these days. So much so that they were even willing to let men audition to be their lovers by having them cop a feel. That is until Neil Patrick Harris' character, Chester, showed up. The twins were immediately attracted to him and made their intentions well known rather quickly that they were down for getting freaky. So what's a guy to do when two lovely ladies proposition him in a such a way? He accepts the offer, of course… so long as his ventriloquist dummy Marjorie can watch. That's right, folks. Bette, Dot, and NPH had sex right in front of a dummy that sounds oddly like Jamie Brewer, which may be the oddest sentence I've ever written for this show. (And that's saying something.)

Either way, I'm starting to get very, very fearful for Bette and Dot's lives. Because now that Marjorie wants them out of the picture, there's no telling the lengths Chester will go to in order to please his precious puppet. I never thought I'd ever be willing to say this, but I'm starting to feel very grateful for Dandy's involvement in this matter. Lord help us all…