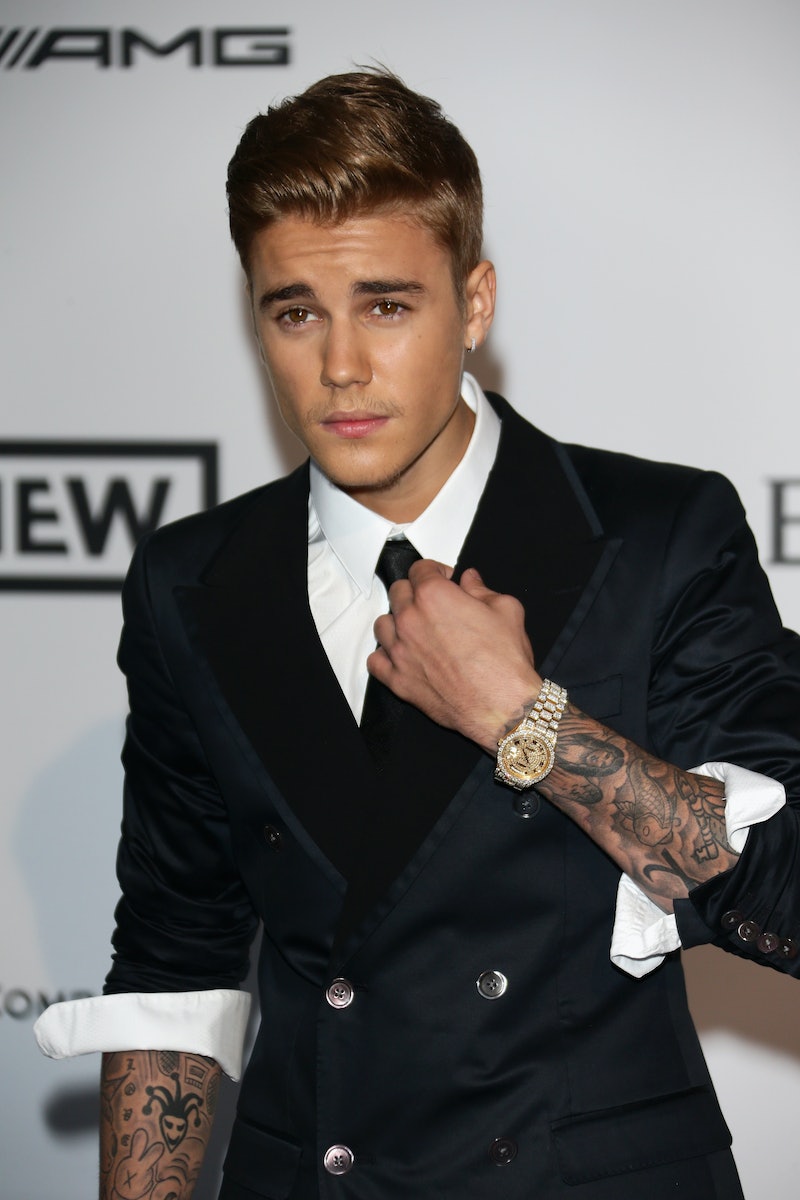 Justin Bieber is having a really good week. It was just Tuesday that we learned of his brand new Calvin Klein gig that's got everyone talking and obsessing — he is definitely still riding out the glory wave on that one — and today, he has got even bigger news. Karl Lagerfeld photographed Justin Bieber for V Magazine , and the results were obviously pretty fantastic, with Bieber posing shirtless (obviously). How the hell does this kid manage to slither his way into the highest honors of high-fashion? IDGI. He should feel truly blessed to be in the legendary presence of Lagerfeld alone.

The two idols of fashion and music collaborated for the mag's iconic annual music issue, offering an artsy display of steamy shots of the young superstar's sculpted physique. The Biebs felt inspired so, being in the company of a fashion god and all, that he spilled on his own style endeavors in an interview with Lagerfeld. He says, "one day I hope to make strides into movies and fashion as well. I want to share my creativity with the world.” Is a Justin Bieber clothing line in the near future? Will he somehow make strides into Lagerfeld's French fashion house? Is a Chanel-branded sweater dress for men in our near future? I wouldn't be surprised.

Here are some of the sultry shots.