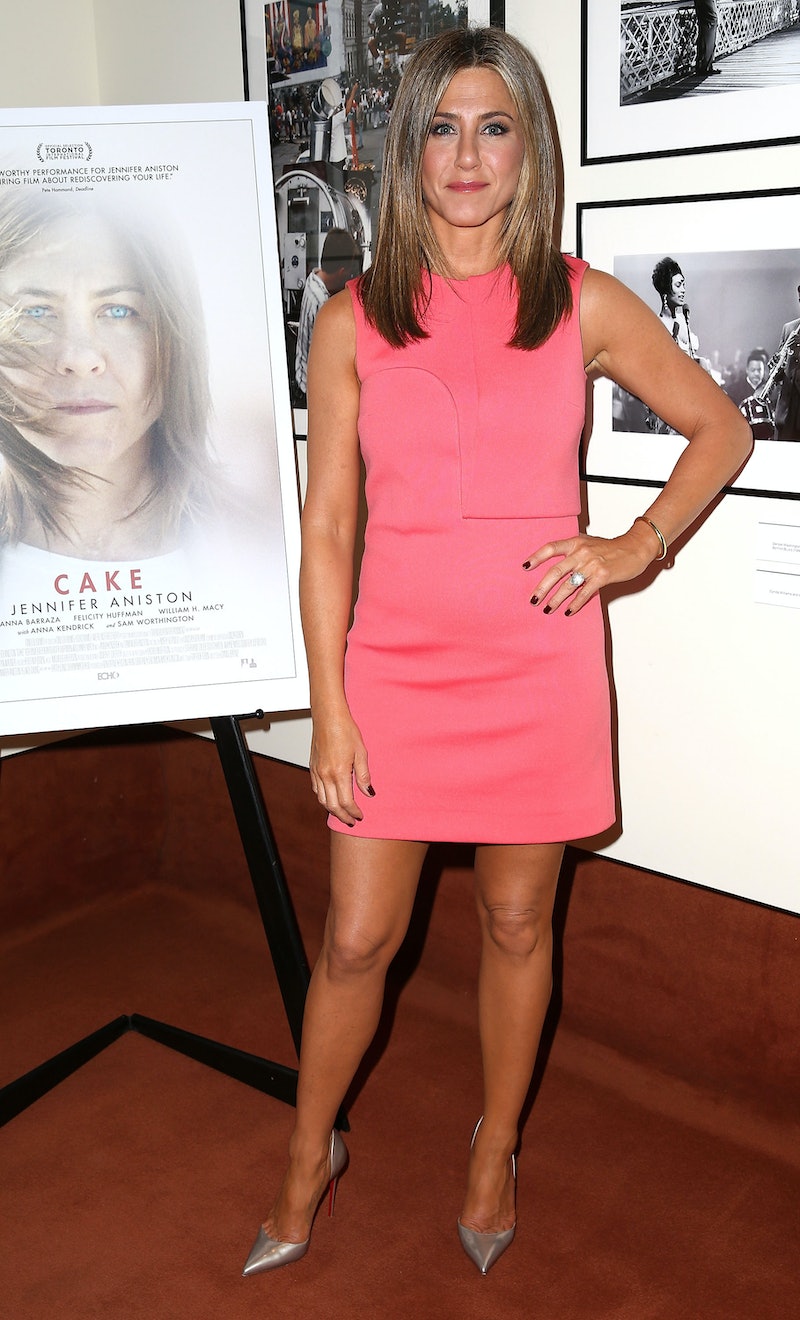 Jennifer Aniston's indie drama Cake has been generated strong Oscar buzz since it premiered at the Toronto International Film Festival back in September, but when the nominations for the 87th Academy Awards were announced, the beloved actress' name was not shockingly not called. Aniston was praised for her much-talked-about work in the film, in which she plays a woman suffering from chronic pain. The performance is stripped-down, raw, and no-frills. It's about as far away Rachel Green as the actress could get, but apparently Academy voters still see her more as the Central Perk waitress. After all, this is the second time the Oscars have snubbed Aniston. She failed to score nomination back in 2003 for her lauded role in The Good Girl.

For her work in Cake, Aniston received Golden Globe, Screen Actors Guild, and Critics' Choice Movie Award nods, and an Oscar nomination seemed like the next step. Plus, the Academy loves when actresses have a big year, and it's pretty safe to say that Aniston has had one. Many of them, actually.

Though Aniston probably won't be attending the Oscars on Feb. 22 following the snub, the star has been part of Hollywood's most glamorous and prestigious evening before. She was a presenter in both 2009 and 2013.

Plus, if it's any consolation to Aniston, major snubs seem to be the theme of this year's Oscars (especially for women, like Gone Girl scribe Gillian Flynn and Selma director Ava DuVernay), so she's in damn good company, unfortunately.