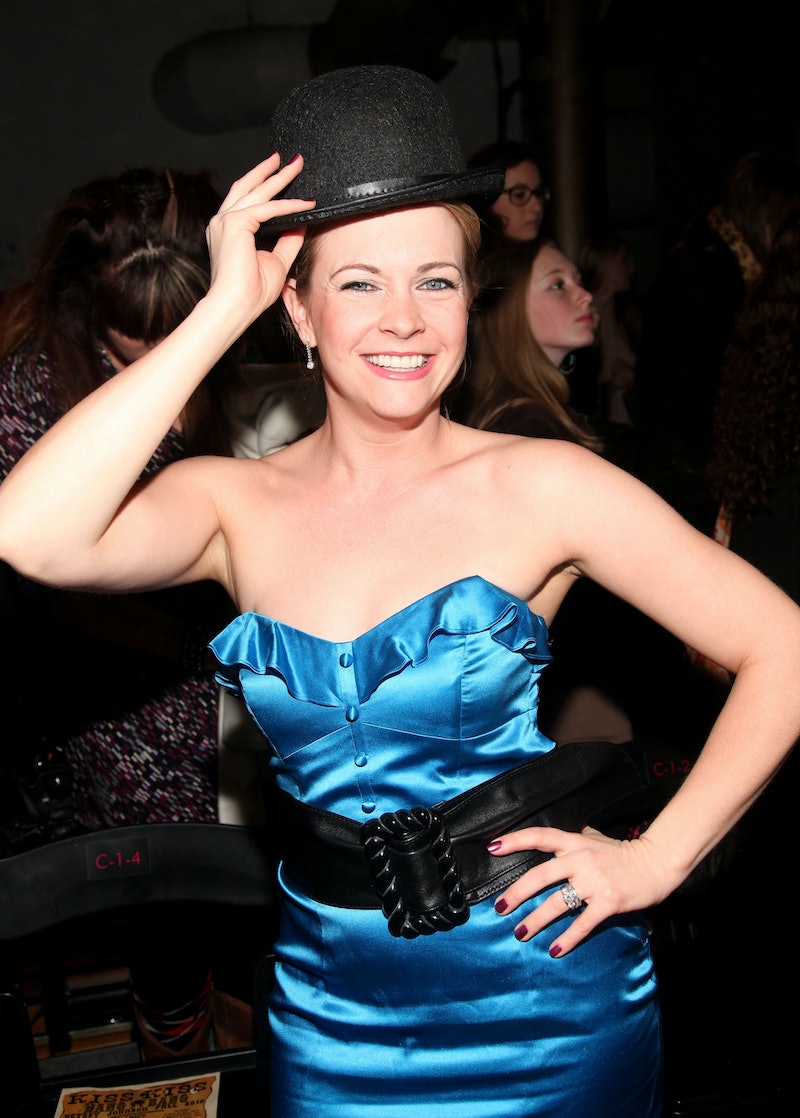 Any super devoted '90s kids out there remember Sabrina the Teenage Witch's 1999 Maxim photo shoot? Yeah, Melissa Joan Hart was high on ecstasy while shooting that. Hart's tell-all explores the drugged-up sexy times of her past, once again proving that the number of child stars who grow up Hollywood without getting a little wild first is always fewer than we think.

Oh Clarissa, what were you up to after you abandoned your patchwork vests and all those gigantic scrunchies? Apparently what she got up to was "weed, ecstasy, mushrooms, and mescaline for about a year and a half," according to the preview Life & Style got of her tell-all.

As Hart — who has in recent years been very vocally Republican — recalls, there was one particularly wild and memorable party at the Playboy Mansion in 1999. She took ecstasy and ended up making out with another lady in the back of a limo, then had to head straight from the party to that aforementioned Maxim photo shoot, still totally high.

Hart reminisced about other moments in her youth as well: Kicking Ashton Kutcher out of her parties, making out with a Backstreet Boy, getting offered cocaine by Paris Hilton, etc. Oh, to be young, rich, super hot, and caught in a world that makes adults of teenagers.

There's sure to be more where that came from when her memoir's actually released Oct. 29.

More like this
Alicia Silverstone Has Recreated An Iconic 'Clueless' Scene
By Frances Stewart
Jennifer Aniston Is Still Wearing That 'Friends' Dress She Stole From Monica's Closet
By Jake Viswanath
Christina Aguilera Had A Mini "Lady Marmalade" Reunion With Mya At LA Pride
By Jake Viswanath
Selena Gomez Is Fine Being Single, But She Still Manifested Romance On 'SNL'
By Martha Sorren, Jake Viswanath and Jack Irvin
Get Even More From Bustle — Sign Up For The Newsletter