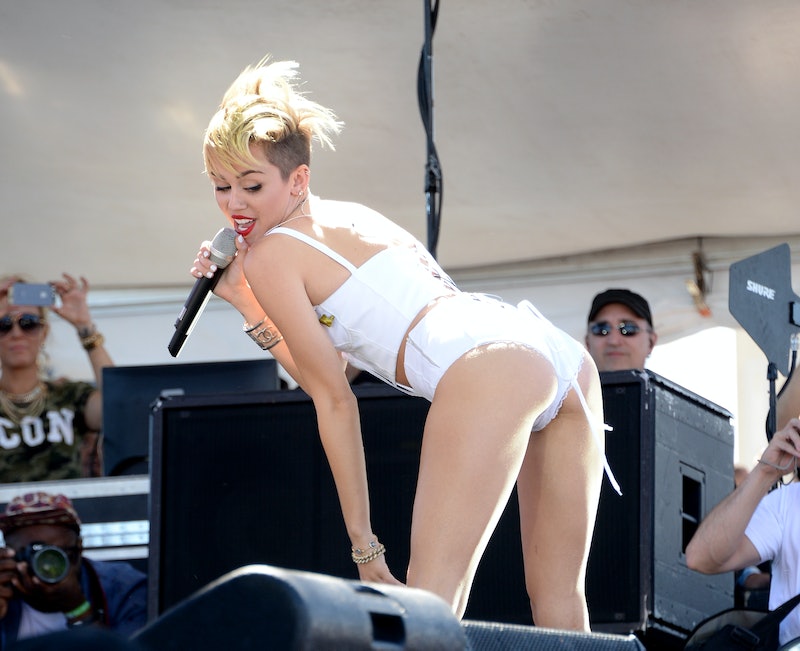 Miley Cyrus has been schooled in the biggest way possible. Big Freedia, queen diva of New Orleans bounce music, has officially set the record for "Most People Twerking Simultaneously" in Manhattan's Herald Square today. The whole thing was set up by Fuse as a promotion for Big Freedia's new reality show on the network — they even brought in an official judge from the Guinness Book of World Records to preside over the more than 250 twerkers. But it was all twerk and no play (not sorry), according to the rules:

1. Body must remain upright, with movement concentrated in hips2. Participants can put hands on knees or hips for support3. Twerking action cannot comes from knees – hips only4. Freestyling or additional choreography not permitted – no hands on the ground, feet in the air, twirling, etc.5. Twerking action must be synchronized, can be at own pace6. All participants must twerk simultaneously for two minutes when Big Freedia gives the signal7. Any performers who do not participate fully for the entire two minutes will be deducted from the final total

Watch the momentous setting of the record — make sure you don't miss the adorable grandma.