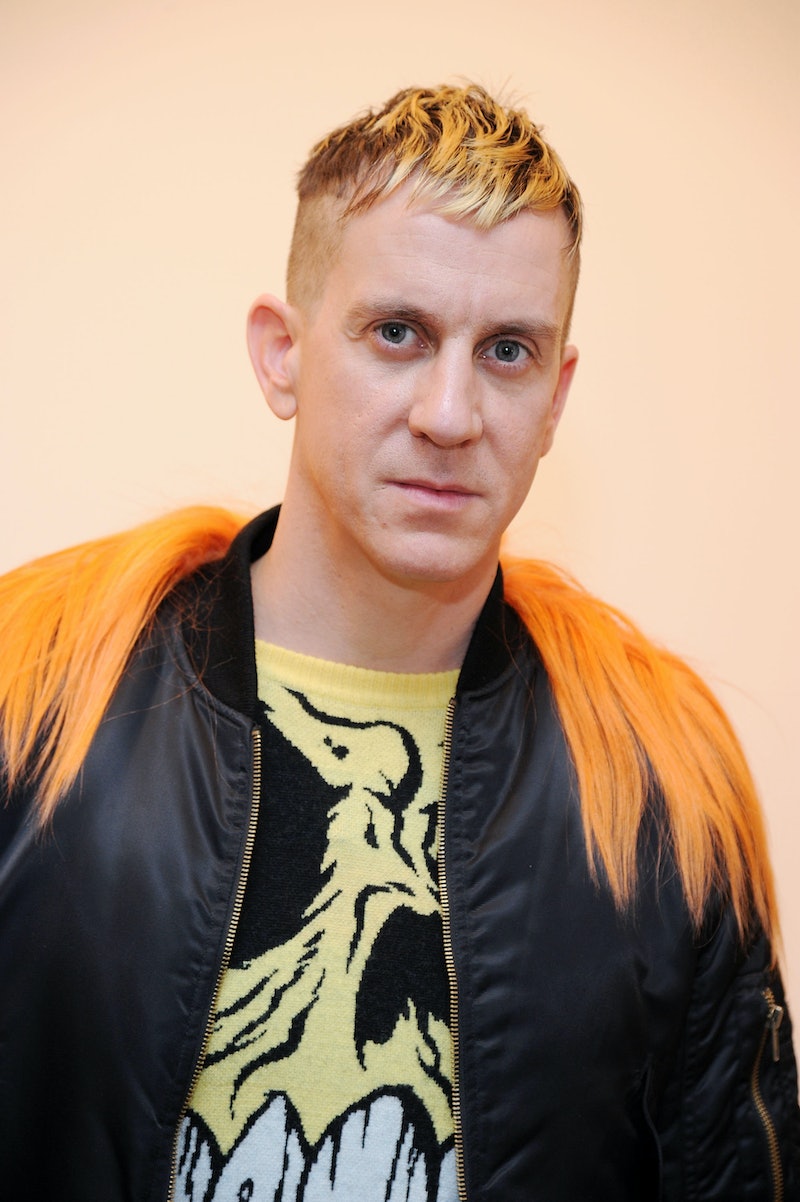 Jeremy Scott in all his playful collections for Moschino and his eponymous brand is actually not one to be played with. He rejuvenated our childhood best friend, Barbie, who inspired his entire s/s 2015 collection, "Think Pink." And let us not forget the fast-food inspired collection from fall 2013, which helped us make an excuse to include McDonald's in our diets. Often celebrated for his nod to pop culture, he recently collaborated with Adidas for a not-so-gym-worthy athletic collection, which launched in October. Now, Jeremy Scott is launching the fragrance that he has created in collaboration with the sneaker brand.

Inspired by his Jeremy Scott x Adidas original sneakers, which feature grandiose wings jutting out the back of the shoe, the perfume is encompassed in a bottle modeled after the 2.0 shoe and will be sold in an actual sneaker box. But how big is the bottle holding the new eau that Scott says smells like "white towels freshly laundered on a summer's day"? Taking to Instagram to announce the fragrance, Scott is holding a rather large bottle that stretches from his fingertips to his elbow, and no matter how you lift it--strong and mighty like Scott or like you're struggling with your second rep of weight-lifting at the gym--that's a lot of perfume.

This isn't Scott's first go-round dabbling in perfume creations. He received much buzz when he released his first fragrance, Moschino Toy, as creative director for the fashion house. The 2014 fragrance was burrowed inside of a teddy bear that donned a t-shirt with the words "This Is Not A Moschino Toy" written across the front. Perhaps a bit gruesome, purchasers of the perfume would have to take off the bear's head to reveal the spritzer. But another question remains for Scott's Adidas Originals: how, exactly, do you spray the perfume?

Scott never ceases to amaze with his quirky and oddball collections. A limited edition item, his Adidas collaboration is expected to take flight as soon as hits stores in February.