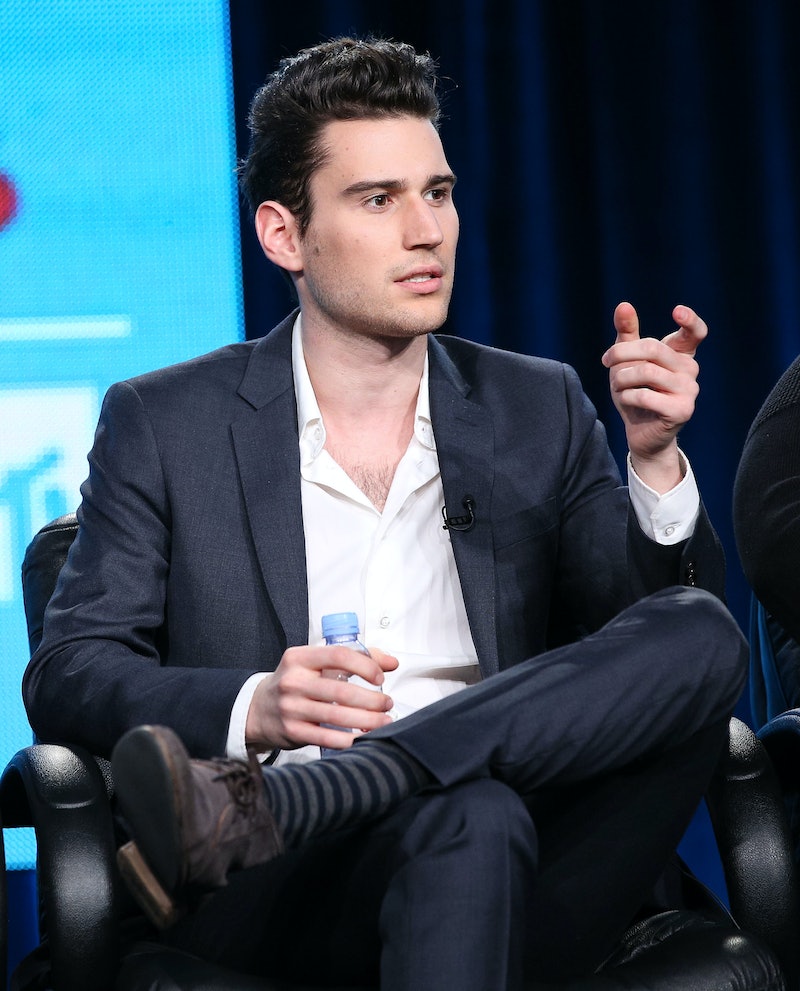 Whenever a hot new guy is cast for a hot new show, I just can’t help but do a little recon. Curiosity gets the better of me and I want to dig up all the dirt I can about the actor in question. This week, I had the very great pleasure of learning all about MTV’s newest heartthrob, John Garet Stoker, who plays Connor on Eye Candy . Nickelodeon’s Victoria Justice is taking a very large step back into our lives Monday as a techy genius when the new thriller premieres on MTV, and Stoker is making his small screen debut as her blogger best friend. His character, Connor, will keep viewers updated on the series’ supposed serial killer while we quietly drool over his chiseled cheekbones.

Eye Candy is the perfect name for this brand new drama, because the actors like Garet should be enough to hold your attention alone — though the series' mystery-fueled premise will certainly help too. If you're wondering why you haven't heard of or seen Garet before, it's because this is his first major role. In fact, it's the only credit listed on his IMDb page. But thanks to social media, you can find just about all you want to know about the New Jersey native. Here's what you should know about your favorite new actor.

Last time I checked, not having a “you” means single. Or at least he isn’t tied down to anyone specific for the time being. More than a few of his Tweets would imply that there have past loves, but nothing that I can find about any new ones. Meanwhile, who doesn’t like a boy who loves country music?

Garet went to the prestigious drama school at Carnegie Mellon University, which isn’t too shabby if you ask me. But even before his BFA degree from CMU, John Garet was using his acting skills. According to his own website, he spent some time in Spain doing Spanish theater.

Is All Over the Place

Garet's website also says that he was born in Pittsburgh, raised in Hopewell, N.J., and now lives in Los Angeles.

May or May Not Be Vegan

Not so sure how I feel about the grasshoppers, but I also can’t decide if this tweet is a joke. Apparently the grasshopper tasted like salty grass, though, so perhaps it counts as a salad.

Does His Own Stunts

Well, maybe not anymore, as it doesn’t sound like it’s been going very well. I hope his back is OK. Regardless, if there are stunts to be done on Eye Candy, it could be even more interesting than I thought.

Believe it or not, there’s actually a lot more where this one came from. His syllables might not always be perfect, but I think that's pretty forgivable.