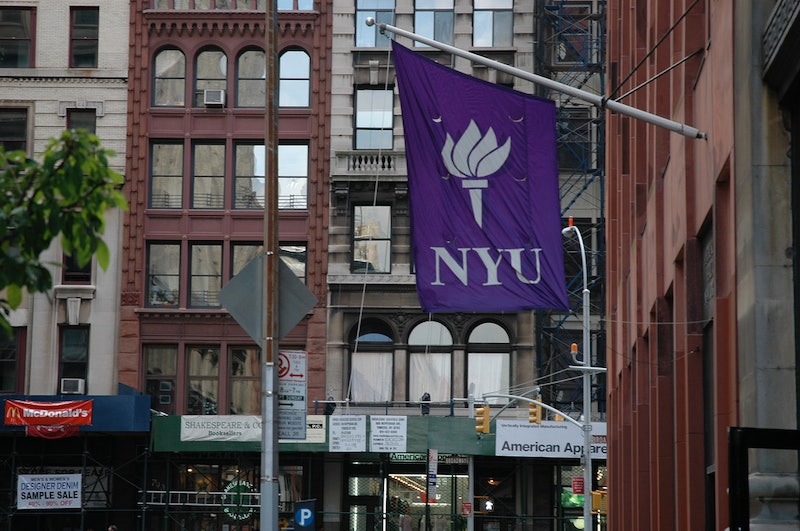 I have somewhat complicated feelings about the whole “sugar baby/sugar daddy” thing — but regardless as to how some might perceive such arrangements, they’re apparently on the rise. Sugar baby website SeekingArrangement.com recently released its ranking of the Fastest Growing Sugar Baby Schools of 2015, and it seems more college students than ever are utilizing these kinds of arrangements to finance their educations.

According to SeekingArrangement’s data, there was a 42 percent increase in new signups over the course of 2014; given the rising costs of college educations in the U.S., this isn’t exactly surprising. Said SeekingArragement founder and CEO Brandon Wade in a release, “While other countries seek to create opportunity and provide a better start for students by abolishing tuition fees or lowering them to reasonable amounts, Congress continues to ignore the problem. The average debt is more than what most of these new graduates will make in a year.” Both undergraduates and graduate students contributed to the increase of new signups; additionally, many are using it not only to finance their school, but also for networking and job opportunities, as well.

Remember how I said I have complicated feelings about sugar babies and sugar daddies? Here’s why, particularly with regards to education: If it’s an arrangement entered into willingly and with enjoyment, then awesome — when it’s at its best, it seems beneficial to everyone involved as long as everyone is clear on what the expectations for the arrangement are and whatnot. I think it’s significantly less awesome, though, for people who feel like it’s the only option they have in order to finance their education without taking out loans and graduating with crippling amounts of debt.

I think it’s also worth noting that there’s a certain amount of risk and danger that can arise from sugar baby/sugar daddy arrangements, as well. Cosmopolitan, for example, ran a feature in 2013 about sugar babies that detailed not only the good, but also the bad — sugar babies clarifying that they wouldn’t have sex with sugar daddies upon a first meeting, only to find those sugar daddies not taking no for an answer; a 2011 case in which a sugar daddy was sentenced to life in prison for raping a woman he met on a sugar baby website at knifepoint; and so on. Sex isn’t a requirement for an arrangement, but the situation can get turn sour extremely quickly if expectations on both sides aren't communicated and respected.

Mostly I think my feelings come down to this: I’m glad sugar baby/sugar daddy arrangements are an option, and I’m glad it works for a lot of people — but it sucks that our educational system is so effing expensive that they need to be a thing in the first place, and I wish there wasn’t quite so much risk to the personal safety of sugar babies.

In any event, though, here are the schools determined by SeekingArrangement.com to be the top 10 fastest growing sugar baby schools of 2015:

Note that I’m not entirely sure if this is one specific UT school or the entire UT system in general (a stipulation which may also apply to other large state school systems on this list) — but there were 425 new signups in 2014, so do with that what you will.

Arizona State hovered just behind the University of Texas with a new signup figure of 403.

Is it surprising to see a few New York schools on the list? Given how expensive the city is to live in, not one bit. NYU clocks in just behind Arizon State with 398 new signups in 2014.

…And Georgia State ranked at number five with 376.

Here’s the first notable jump in numbers: The University of Central Florida pulled in 86 fewer new signups than Georgia State.

The next three slots all hover around a similar figure, though. The University of Alabama scored 210 new signups…

More like this
5 Crystals To Manifest More Money
By Megan McCarty
How The City Healed Five Years On From The Manchester Arena Attack
By Ella Glover
5 Crystals For Luck, According To Experts
By Megan McCarty
If Your Refrigerator Is A Mess, These 25 Organizing Products Can Help
By Courtney Young
Get Even More From Bustle — Sign Up For The Newsletter