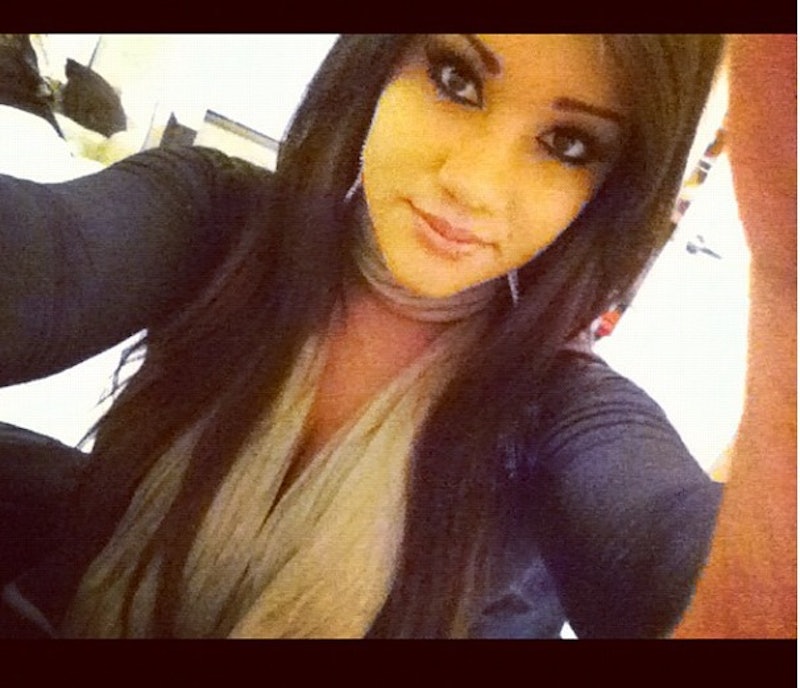 Dating is complicated enough, and that becomes even more true when there's money involved. Dating sites that mix the two — like Seeking Arrangements, a site linking "sugar daddies" with "sugar babies", and Carrot Dating, a site that uses bribery as a tool for romance — often have kind of a creepy feel to them.

But when you really get right down to the details, are we wrong to judge these sites? Certainly Carrot Dating, with its sexist assumptions about women as gold diggers, is pretty creep-tastic. But what about a site that connects people who are looking for a dating relationship with a financial dimension?

Looking to get to the bottom of it all, we sat down with Massiel, one of the "sugar babies" who uses the Seeking Arrangements site to connect with "sugar daddies." Here is her story.

So tell us about yourself?

My name is Massiel. I go to UNLV [University of Nevada at Las Vegas]. I’m 20 years old and I live in Las Vegas and I joined the Seeking Arrangements site, I’m gonna say a little over year ago.

How did you first hear about Seeking Arrangements?

At first it started as a joke at work. One of my coworkers had logged on, and she had met this guy, and it was going great for her. So a couple of us just did it as well, and we were messing around with it and everything, but I ended up sticking to it, and it worked out for me.

So tell us a little about how it works. How do you personally use the site?

So do you have any personal rules about what you do or don’t do on dates or the kind of guys that you will or will not interact with?

Yeah, of course. I make my rules. I’m not doing this to sleep with guys for money. Like, I haven’t slept with any of my sugar daddies or done anything of that sort. I do make sure that we meet in a public place, and that we either Skype first or get to know each other first and text. I make my own rules. I guess that every girl on the site has her own rules.

Do these arrangements ever create awkward situations, either online or in person?

Not in person. I make sure I watch out for who I’m meeting up with. But online, I have had some weird guys, some weird requests. It’s just like any other site I guess. But there’s a lot of things I have turned down.

At one point there was a guy who asked me to meet him at a hotel room dressed as a nurse and just spank him. He was offering a lot of money for that. I just, I wasn’t into it.

There are guys that want to watch you be with someone else, or be watched. You know, like some guys are into S & M, and they ask you for some weird stuff. They also offer a lot of money for it. It makes it awkward, but you can just ignore it. It’s not hard.

Would you or have you recommended this site to other people?

I definitely do. I’ve told my friends and it’s worked out for a few of them. They’ve gotten, like, a thousand dollars just to go on a date. You know, it’s easy money and it’s fun. You get to meet new people, new guys, and I definitely recommend it. It’s safe.

Do you talk about this with people who aren’t connected to the site? Do tell them that you do use the site, or do you tell them about the dates that you go on?

I have, definitely. I’m not ashamed of it. My parents know. My parents definitely are supportive. And most of my friends know. Me and my friends talk about it and have conversations, just like with any other date. When it comes to new people that I’m meeting, really meeting, I don’t think it’s something that I have to say, like not the first thing that comes out of my mouth, but if we’re having a conversation, talking about stuff, I’m not ashamed, I’ll tell them if it comes up. And when it’s guys I’m dating, if they can’t accept what I do, well, I don’t think there’s anything wrong with this.

How do you feel about the fact that there is such a stigma attached to sites like these?

I feel like it’s just like dating guys in person, meeting them, you know on the street or wherever, it’s just safer. Because you can see their profile, you get to know them first. And if people think we’re sleeping with them, I mean, it’s up to the girl. It’s your choice. I’m not selling my body. I’m not doing anything wrong. I do this for the company. And these guys, — they’re always at work, and they just want to get their minds off it. And that’s what I’m here for.

Everyone’s going to hate on things, everyone can have a negative opinion, but I say don’t judge it if you don’t know exactly what it’s about.

The stereotype with sites like this is that it’s all older guys looking for younger women. Do you feel that with sites like there’s some degree of sexism inherent in this kind of site? Or do you think it’s a mistake to see them that way?

If you could change one thing about the website or about the system itself, what would it be?

I can’t really think of anything. Everything’s good. If I come up with something, I’ll let you know. [laughs]

What are your plans for being a Sugar Baby in the future? Have you thought about a stop date? Or are you not thinking that far ahead?

I’m not really thinking that far ahead. It’s all pretty good right now, and it’s helping me pay for school and everything. So I’m just taking it as it goes. Maybe if I meet someone that I want to be really serious with I’ll stop it, but as of now I don’t have a stop date.