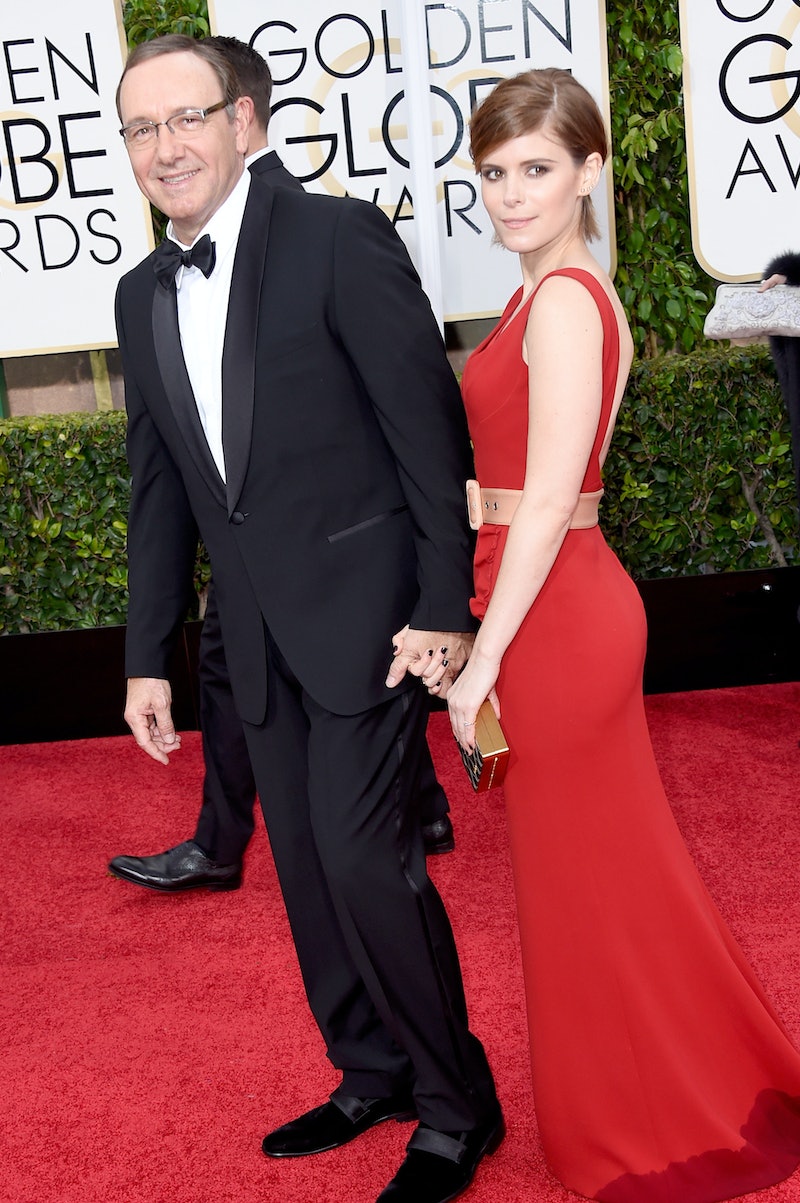 To be honest, if you're not going to win, award shows seem like a total snooze fest to attend. Sure, stars might feel obligated to go and they get an increase in exposure, but I do not believe that the stars enjoy these events. With that said, the Golden Globe Awards have to be the most fun out of all the award shows. Why? Instead of sitting in rows like typical award shows, celebs sit at round tables with champagne and bottle service. As a result, I am always on the look out for some drunken blunders or slurred speeches. Well, taking things a step further, BuzzFeed decided to breathalyze celebrities on the red carpet and see how much they were already drinking. And, thankfully, they decided to videotape whole thing for our enjoyment.

Who pre-gamed the red carpet with a few drinks? Who decided to behave themselves and save the drinking for the ceremony? Who took shots on camera with the BuzzFeed staff? Because, yes, that did actually happen. You have to watch the video yourself to get the full experience, but there were definitely some highlights and surprises. Here are the celebs who had the most fun with BuzzFeed's game.

Kevin Spacey and Kate Mara admitted to drinking tequila on the way to the Globes, and Mara's reading had her at halfway to the legal driving limit. I thought it was pretty cool that they played along with this. These two are clearly the fun type of celebrities who I would want to go out with.

The other surprising thing is that so many celebrities came up with a reading of zero. Really, Jeff Goldblum? You have to be at this event for hours and you did not have a single sip of alcohol beforehand? That is so surprising to me. Good for you, though.

I really thought that Bill Hader was the kind of guy to crush a beer or two on the limo ride over, but apparently that is not the case.

The Silicon Valley star got his drink on before he hit the red carpet and clocked in with a respectable reading: fun, but not wasted. That's the way to do it.

I don't want to give it all away and spoil the video, but check it out yourself if you want some laughs on a Monday afternoon.