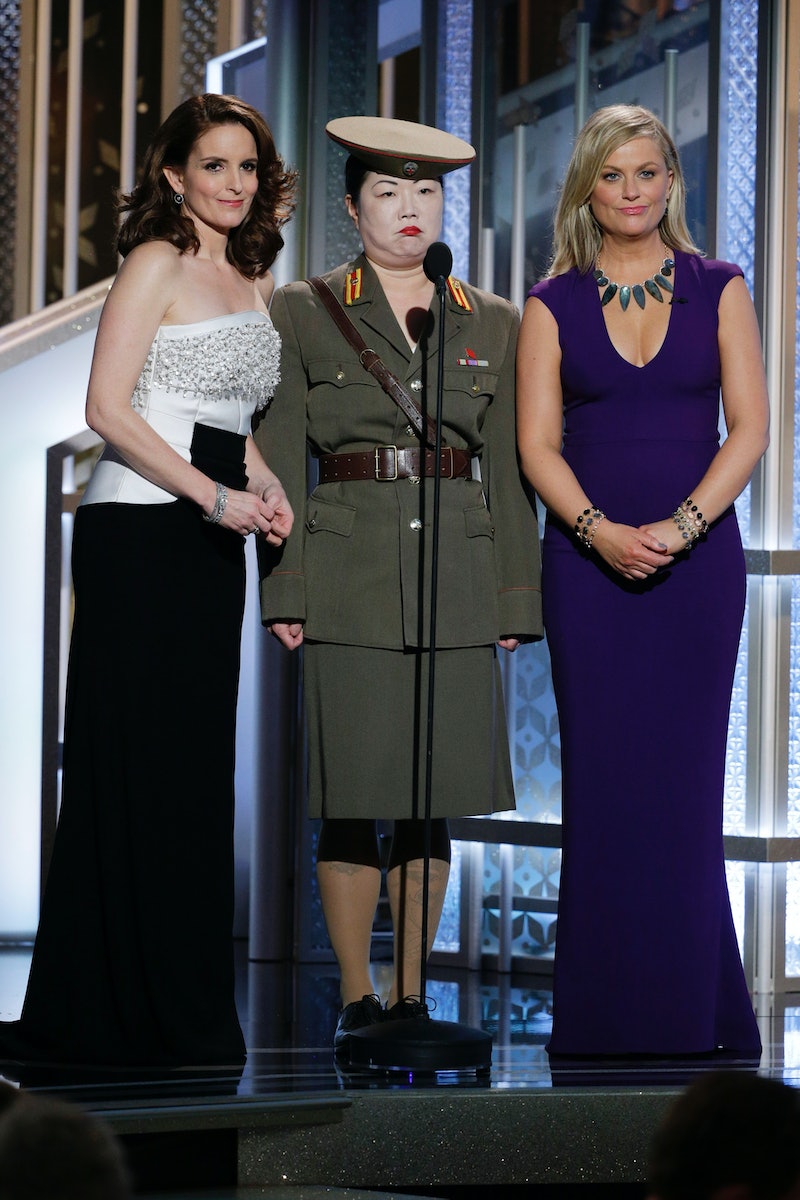 While the Golden Globes were lauded for being feminist, they were also criticized for being racist. Margaret Cho's North Korea jokes garnered a mix of reactions, most of which were on the negative side. Throughout the evening, the hosts poked fun at North Korea and at the start of the show, Tina Fey and Amy Poehler blamed the country for making us have to care about The Interview and said the categories contained "all the movies that North Korea was OK with."

After a few awards were handed out, they were back and joined by comedian and actress Cho, who played a stone-faced spoof on North Korean leader Kim Jong-Un observing the festivities. After posing with a confused Meryl Streep for a picture with a Korean magazine called Movies Wow!, people took to social media to complain about the gag.

"There are people DYING over there for NOTHING more than the fact their leader is a tyrant. And all we as Americans seem to want to do is sit back and make fun of them," one Tumblr user said. Another person on Twitter lamented that the joke wasn't even funny. "Two smart, talented female comics add a third and give us this? Lazy, stereotypical, racist, and not even funny. What a waste."

People got even more upset when Cho returned for another gag later in the show. She spoke in a broken North Korean accent as she joined Fey and Poehler on stage to complain about various things from the lack of Dennis Rodman to the way categories were organized. "I think Orange is the New Black should be in drama category," Cho stated as her army general character. "It's funny, but not ha-ha funny."

But despite the calls of racism, Cho isn't backing down. She took to Twitter after the show to issue a non-apology stating that the satirical sketch was her way of commenting on the atrocities North Korean citizens endure.

When people then accused her of using the race card to say that since she was Korean she could make fun of them, Cho posted a joke about how she was playing the "rice card."

Although many viewers expressed their dislike of her sketch, Cho wasn't bothered by it and in addition to her non-apologetic tweets, spent a lot of time fangirling over the Benedict Cumberbatch photobomb in her Meryl Streep picture.

So as upset as people may be, Cho is sticking to her belief that what she did was within her rights as a Korean and as a comedian in a country with free speech. Now if you'll excuse her, she has some Benedict Cumberbatch GIFs to look at.