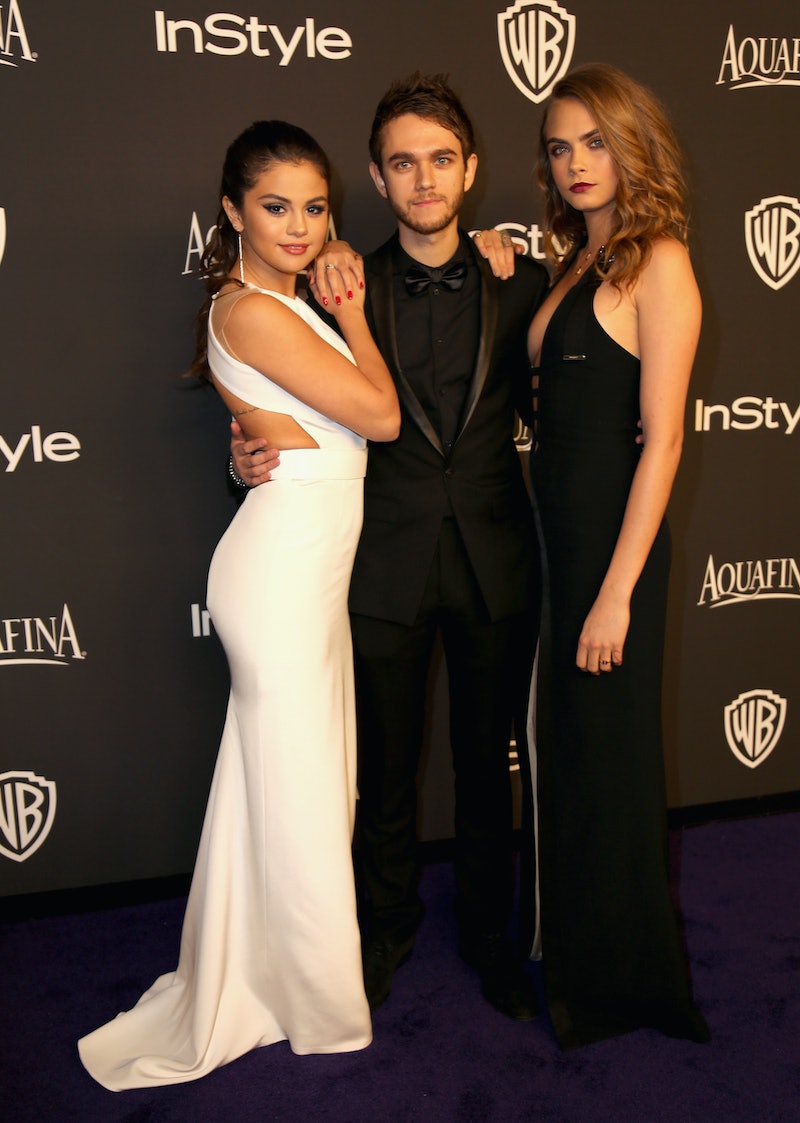 It's so nice and refreshing to see some Selena Gomez news that has absolutely nothing to with Justin Bieber. I admit, I contradicted myself there by mentioning his name in relation to this story, but hopefully you get my point. I am so over the on-again off-again situation that is/was Jelena. So what's going on with Gomez these days? She was hanging out with someone other than Taylor Swift and Lorde after the Golden Globes Sunday night: Selena Gomez was spotted holding hands with Zedd, the DJ and EDM producer behind "Clarity."

According to numerous reports, Gomez and the DJ were getting pretty cozy all night long. No one caught any making out, but there seems to be some heat between them if you look at the photos. With the exception of trying to stick together walking through a big crowd, no one holds hands with their friends this much. Also what was Zedd doing at Golden Globes events? That seems so random to me. I bet he was only there to see Gomez.

Are they friends? Friends with benefits? Dating? I honestly have no idea. I have hunch that we will see more of them though and possibly some sort of Twitter or Instagram outburst from Justin Bieber. There is no definitive answer about whether or not they are dating, but there is some evidence for both supporting and denying this theory.

My imagination might be taking things pretty far with the very little information I have, but just look at the picture! That seems a little more than friendly to me.

My first thought was that it was a sign toward "yes, they are into each other" that she included him in a photo she posted. Then I looked at the caption which reads "fam." That could be a friend-zoning burn. Or it could be her way of throwing off the media. Or Justin Bieber.

Selena Gomez only follows 23 accounts on Instagram. She doesn't even follow Taylor Swift. The only celebrity she follows is Zedd. In fact, he is listed as her first follow. Then on Twitter, she follows over a thousand accounts and she does not follow Zedd. I don't get what she's doing. For the record, Zedd follows her on both social media networks. Also, Justin Bieber follows Zedd on Twitter, so this is all very unclear.

There is not a lot of evidence as to whether these two are actually dating — so far. Nevertheless, I am going to keep my eye out and try to piece together this mystery. Were they holding hands in a friendly way? Is that even a thing? Here's hoping we find out soon.