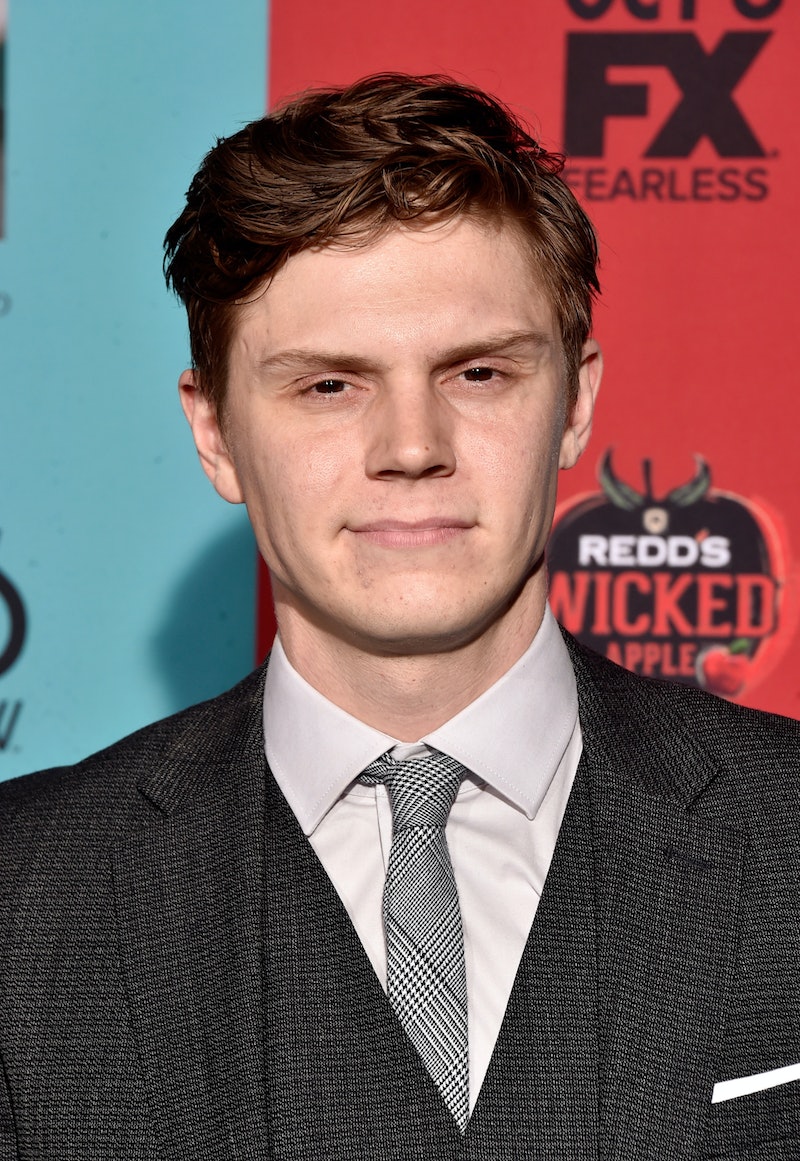 Welcome back, ladies and gentlemen, for another rousing edition of "count the celebrity tattoos!!" Today, our contestant is Evan Peters, the portrayer of Jimmy Darling on American Horror Story: Freak Show and Emma Roberts' better half. So, let's get down to it: how many tattoos does Evan Peters have?

Perhaps he has something AHS-related on his person? Maybe Emma Roberts' name inked in a clandestine place free from the light of the sun and the prying eyes of the public?!?!? Or even better... Does he have the dreaded ex-girlfriend tattoo?!?!?!?!?!?! WE MUST KNOW ALL THE THINGS!!!

As to the second question, I couldn't give you a definite answer. Just as an aside though, some naughty-place body art seems like it would be on the menu for a volatile love affair like theirs. Even if that query came up inconclusive, I can give you a tattoo tally. Care to make any wagers before I deliver the final number?! Ya sure?!?! Last chance!! OK, fine... if you're drawing a blank, I'll do you a favor and just lay it all out there.

It looks like Evan Peters only has two tattoos at the moment. That's a pretty modest sum of body art, which makes sense for him in my mind. After all, he strikes me as more of an ink dabbler than an ink junkie. Let's explore his tats, shall we?

"Mom" on His Bicep

The boy loves his mother, as evidenced by the tattoo on his muscular arm. Outlined in black and filled in with red, the meaning behind this one is pretty intuitive: he loves his mom. In 2012, he recounted the story of this tat to Flaunt magazine, saying "[My mother] said, 'You can get a tattoo as long as it says "MOM"' and I was like, okay!"

Thumbs Up Stamp on His Right Hand

You may have noticed a tiny red mark on Peters' hand over his tenure on American Horror Story. If you look closely, you can see a little stamp-like doodle of a hand giving the thumbs up near his wrist. Gotta hand it do Peters (PUN). He sure knows how to do meta when it comes to body art.