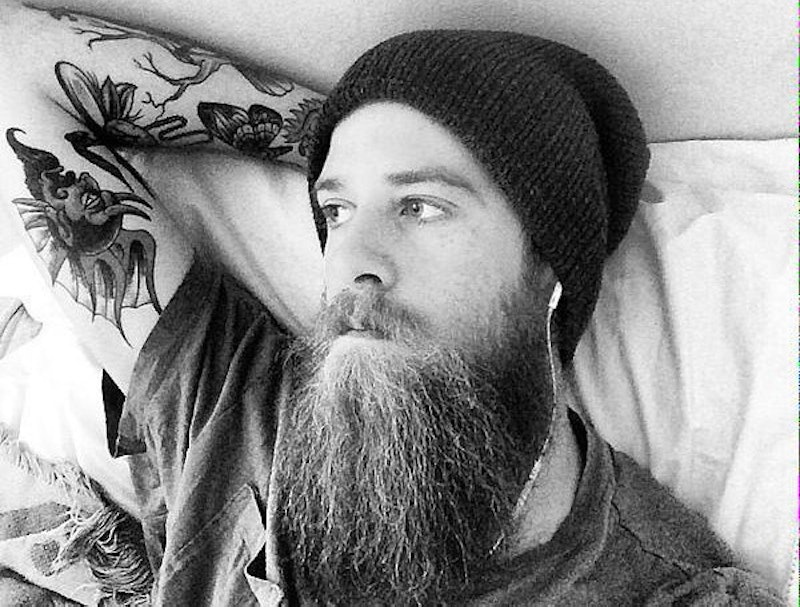 Well, for anyone out there who was hoping the “lumbersexual” trend was just going to fade away quietly without becoming an actual thing… I have some bad news for you. It looks like it’s sticking around for a while, and here’s the proof: LumberMatch, a niche online dating site for lumbersexuals and other beard enthusiasts, has launched — and no, it’s not a joke. It’s a real online dating site for real people who either really cultivate or really appreciate the real lumbersexual aesthetic. For real. But hey, if you actually dig the lumbersexual look, this may be the best news ever, right?

Why all those “reals?” I’ll be honest: It’s because initially, I was not convinced that LumberMatch wasn’t a hoax. First off, all its social media accounts are brand-spanking-new, which is often — although not always — a sign of them have been created expressly for the purposes of pulling off a hoax; second, the “Our TV Commercial” button on its homepage links to this; and third… well, it’s just perfect hoax material, is it not? It’s weird, but not so weird as to be totally unbelievable — exactly the sort of thing that makes for a good Internet prank. But after finding first a Reddit post giving some hints to LumberMatch’s origins, then a piece on Urban Beardsman taking a relatively in-depth look at the site, I have been forced to concede that yes, LumberMatch actually exists. It's still super new, which explains why all its social media feeds have only been around for a month.

According to Urban Beardsman, itself a spinoff of Bearbrand, LumberMatch was developed by Kevin Gillem, who previously created the beard-appreciation Twitter account @trulumbersexual. “It seemed to naturally evolve that most of my followers were women, who started asking where they could meet these bearded men,” Gillem told Urban Beardsman’s Max Bonem. “I asked if they’d like me to start a matchmaking service and after getting a good response, I started working right away to bring LumberMatch to life.” Although the site is branded as a dating service, Gillem has hopes that it will function more like a social network for people who really like beards — a place you can meet not only potential partners, but also friends.

It’s worth noting, though, that as specific as it sounds, LumberMatch is far from the only wacky-sounding-yet-totally-real niche dating site out there. Consider, for example, the following picks:

Here’s another one we all thought couldn’t possibly be real when we first caught wind of it in 2012. Jezebel did a little digging, though, and yes — it’s a thing. What’s that old saying about a sailor having a wife in every port?

At least a lot of these niche dating sites do what they say on the label: This one connects skaters and skate enthusiasts.

Love a good book? You’re not alone — so does everyone on Alikewise. Pair off based on your favorite literary works and never have a dull moment again.

Of course, if you’re a little more specific about your literary tastes — namely, you only read Ayn Rand — there’s also The Atlasphere. These days it’s more than just a dating site, but for those specifically searching for a little bit of Randian romance, head here.

Alas, the official clown dating agency is now defunct, but according to BuzzFeed, it was totally a thing once. Who knew?

More like this
What Is "The Ick?" The TikTok Dating Term, Explained
By Courtney Young
TikTok’s “5-9 Routine” Trend Is Here To Boost Your Productivity
By Courtney Young
The Case For A Hard Launch Summer
By Morgan Sullivan
Ask Gen Z: Kate Glavan & The "Ugly Hag Stroll"
By Alexis Morillo
Get Even More From Bustle — Sign Up For The Newsletter