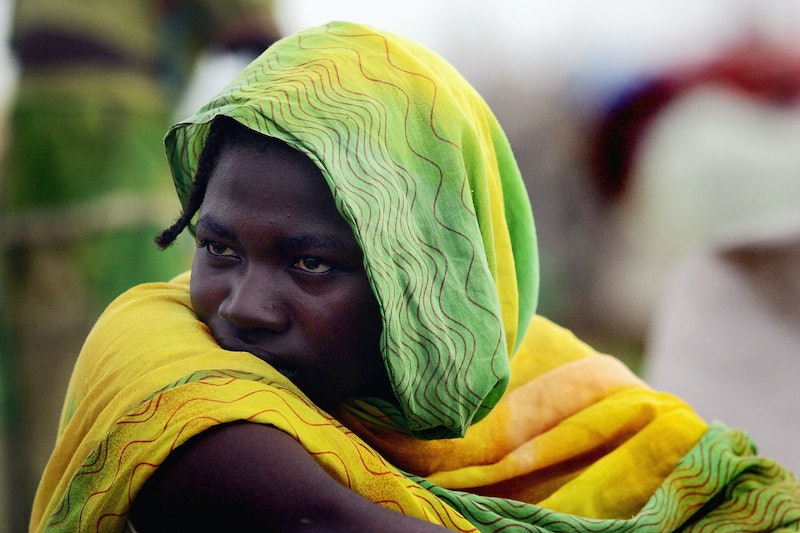 Sudanese woman Amira Osman Hamed may be punished with 40 lashes. Her crime? Failing to cover her hair in public. In Sudan, women are legally required to wear a headdress or veil. Hamed says she is prepared to be flogged to send out a message in protest of the law.

Hamed was arrested on August 27. Her initial trial date was September 19, but the conclusion has been pushed back to November 4, reports the Daily Beast .

She is being charged under Article 152, which prohibits "indecent" clothing. Sudan's laws governing morality, including Article 152, are part of the 1991 Criminal Code which took effect after the 1989 Islamist-backed coup by President Omar al-Bashir.

Hamed was accosted by a police officer when she was visiting a government office in Jebel Aulia, just outside Khartoum. "You are not Sudanese. What is your religion?" the police officer told Hamed. "I'm Sudanese. I'm Muslim, and I'm not going to cover my head," she replied.

Hamed wants to go through with the flogging to rally a defense for Sudanese women's rights. Article 152 is dangerously vague, and many women wear the hijab simply out of fear of harassment. "There are many [who] wear it because they are afraid, not because they want to wear it," said Hamed.

Article 152 is not consistently enforced, and many women in Sudan never wear a veil. Instead, human rights activists say the law targets the poor and the most vulnerable in an autocratic fashion.

This is not the first run-in with the law for Hamed, who was charged with wearing trousers in 2002 (she got off with a fine). She hopes her punishment will attract attention to the injustice of the law. "I take a risk to tell what is happening in our country and I hope that will be the last time a Sudanese woman is arrested by this law," she said.