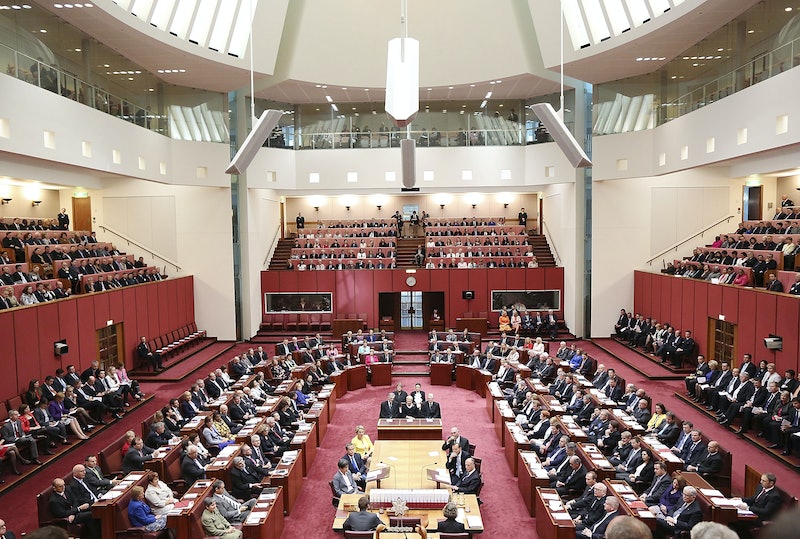 The GOP managed to progress a long-delayed, controversial issue on Monday, as the Republican-led Senate advanced legislation approving construction of the Keystone pipeline in spite of President Obama's vow to veto any such bill that lands on his desk, in a triumph for Republicans newly-elected to the Senate. The bipartisan vote ended in a 63-32 count, three more than the required 60 to pass and a significantly higher majority than the measure ever attained in recent years when Democrats controlled the Senate.

Ten Democrats, one Independent and all of the Senate Republicans voted to move the measure forward, but it still lacked the two-thirds majority to override Obama's potential veto.

The GOP said the debate could stretch into next week, and new Majority Leader Mitch McConnell has promised an open, bipartisan debate procedure in the Senate that will grant consideration of amendments from both parties, reported The Washington Post. Since being elected majority leader, McConnell has vowed to revise the amendment process as a clear step away from that under the former majority leader, Democrat Harry Reid, though exactly how McConnell would ensure said free and open debate process has not been laid out yet.

Republicans have put approval of the Keystone XL Pipeline on the top of their list of priorities at the start of the 114th Congress, in which the GOP, for the first time in eight years, have a majority in the Senate. The Republican-controlled Congress also has on their list bills that failed to pass in previous Democrat-majority Congresses.

The Senate vote comes on the heels of the House voting to approve the pipeline, 266 to 153 — also not enough to override a veto. The controversial project cleared another hurdle the week before when Nebraska's high court ruled to allow the pipeline's route to cut through the state.

Republicans have been adamant about the pipeline for years, arguing that it would not only create jobs and help the economy, but also purportedly free the U.S. from oil dependence on Middle Eastern countries. But job creation from the pipeline would not be significant, and the economic benefits that Republicans tout are vague at best. And, seeing how Canada already supplies the U.S. 33 percent of oil imports, and the 830,000 barrels of oil per day from the Keystone pipeline could be exported — that is, not for Americans' use — the pipeline's assets really seem to be few and far between, especially considering what a huge environmental hazard it would be.

Whatever the reason for the Republicans' stubbornness with Keystone, they are definitely hungry for a legislative fight with the White House, which, it seems, is also geared up to face two years of a GOP-led Congress. The AP reported the White House has already issued five veto threats since Congress convened on Jan. 6, including two on Monday.