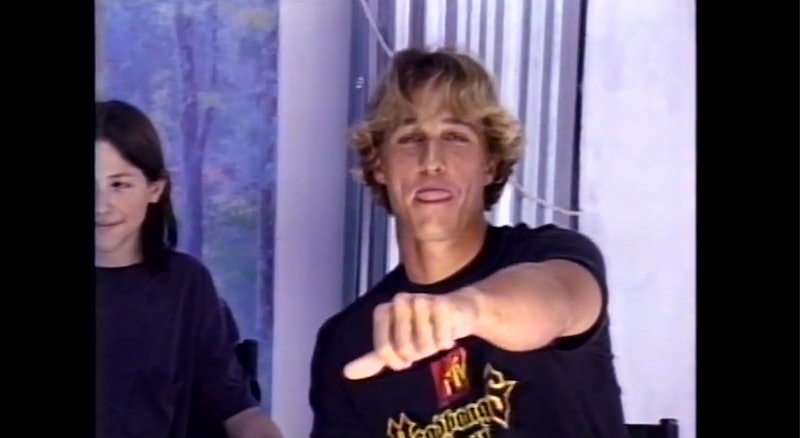 If you were wondering who's a golden god: Matthew McConaughey's a golden god. Or at least he was, back when he was a young'un living in Texas auditioning for his first movie, approximately twenty-two years before he would be a heavily bronzed man with a Civil War beard on the Golden Globes red carpet. McConaughey's audition for Richard Linklater's Dazed and Confused is on the Internet now, and we must all give thanks to this offering.

This video is, to put it succinctly, a goddamned treasure. Dazed and Confused is a beloved film all its own, and McConaughey is the kind of figure our culture likes to respect and mock* in almost equal measure, and this video is glorious.

*You just can't not when he was a catchphrase (you know the one) and he actually uses it.

Witness McConaughy, as a relative infant — if you thought you'd seen the actor at peak golden god stonerboy jock, you were wrong. This is him at peak golden god stonerboy jock, hair flipped perfectly, immediately before "alright, alright, alright" graced his mouth onscreen for the first time ever. This is an archival treasure. This is an important moment not just for McConaughey, but for all of us. Watch him become Wooderson. Watch him become McConaughey.