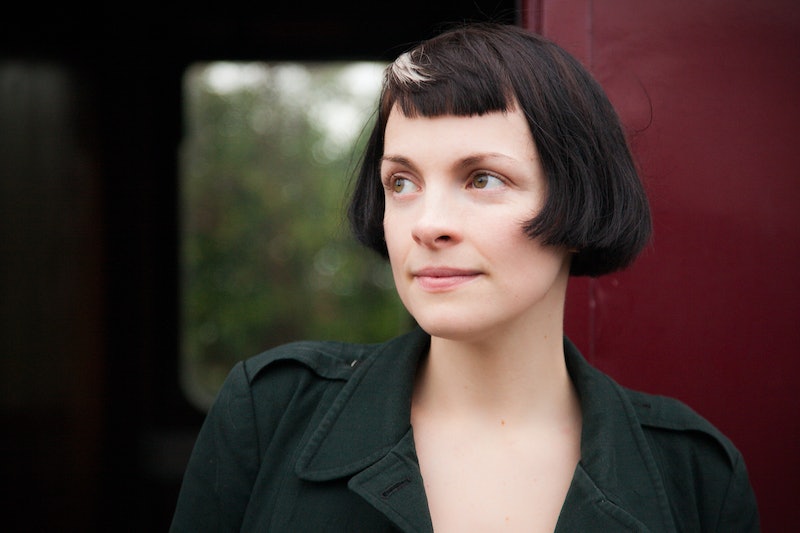 I don’t cry during many books. But when I do, it is the level of ugly-cry devastation that becomes legendary. My mom still shudders when recounting my breakdown after finishing Flowers for Algernon by Daniel Keyes. And I remember my then-alarmed high school teacher asking why I was breaking down on the last page of Arthur Golden’s Memoirs of a Geisha. My reply? "Because it’s over!”

That's the same reason why the floodgates opened as I closed in on the last page of Emma Hooper’s Etta and Otto and Russell and James (Simon & Schuster). The ending she’d crafted was bittersweet, and desecrated my heart in the loveliest fashion possible. However, it was knowing that this voice — this writer — was leaving me that stung the most.

Hooper’s debut novel blooms from the departure of Etta, a Canadian woman in her mid-80s who departs her lifelong home with a simple note to her husband Otto — she’s never seen the ocean and has left to make her way to the continent’s other side by foot. While tracing Etta’s journey and Otto’s sudden solitude, Hooper loops back to reveal the character’s coming of age during the rise of World War II.

Etta and Otto and Russell and James by Emma Hooper, $10, Amazon

Pirouetting seamlessly through time and viewpoints, best friends Otto and Russell and their shared love of Etta slowly unearth a story of serendipity, tragic timing, contentious choices and the tension between desire and duty. There is a gentleness and sweetness to each of the characters that endear them quickly to the heart, reflected in the fashion that elderly Otto and Etta unwittingly capture the love of Canada — Etta through her cross-country journey, and Otto through the unusual art project that arises from her absence. Shared letters and overlapping pasts reveal the deep friendship between the three friends, but as we all know from our own realities, sometimes love can be spread too thin to go around. With the added tension of fighting abroad and a shifting home, even the best intentions to respect and cherish one another can’t always be upheld.

The questions mount: Who was meant to be together? Whose fault was what? The novel isn’t about prescribing answers, but it does chronicle the beautiful, heartbreaking journey of people who have known each other for their own eternities moving toward peace and forgiveness.

The dialogue is simple — barren but evocative. Though the words spoken between the characters are sparse, it’s in what isn’t said — and what we learn by tracing their pasts — where the emotion thrives. We see the missed chances to speak truths and just how deep the sorrow of a swallowed secret can burrow.

Despite the melancholy, the story is far from tragic — more like an epic send-off for a small knitted family of friends and lovers who leapt forward in life despite the strangeness and sorrow of everyday existence. Hooper's story is a transparent glimpse into the roots and repercussions of a relationship with bittersweet, beautiful ends that are largely worth the separation anxiety tears.